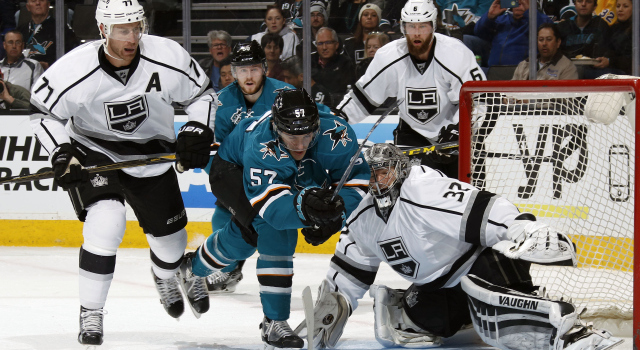 -With the loss, Los Angeles fell to 62-60-19 all-time against San Jose, a record that includes an away mark of 24-35-12. The Kings finished the season series with a 2-3-0 record against the Sharks, with Monday’s game the first game of the season won by the home team. Home teams are 27-9-2 in the last 38 regular season games in the series. Los Angeles lost the season series for the first time since 2011-12, when they went 2-1-3.

-Vincent Lecavalier recorded the 50th multi-goal game of his career. His last two-goal game came in a 4-3 overtime win at Winnipeg on December 21, 2014, while he was a member of the Philadelphia Flyers.

-Joe Thornton has at least one point in each of San Jose’s last 29 wins.

-The Kings (44 hits) and Sharks (46 hits) combined for 90 hits. Jake Muzzin and Justin Braun tied with a game-high six hits.