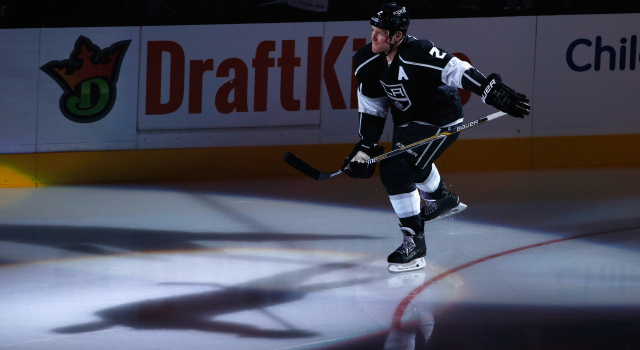 Matt Greene, who had played the first three games of the season before he was shelved by an upper-body injury that ultimately necessitated shoulder surgery on December 3, resumed skating earlier this month at Toyota Sports Center but hasn’t been spotted on the ice in recent days.

The reason? Greene needed a “minor procedure” done to clean up an elbow, according to hockey operations. This isn’t a setback at all and doesn’t change any sort of timeline for a potential return, though it has kept him off the ice as of late, according to two sources with knowledge of the procedure.

On March 18, Darryl Sutter said of both Greene and Marian Gaborik (knee), “don’t expect any of them back for the regular season.” Again, this minor procedure has no impact on when Greene might return to game action.

An alternate captain and two-time Stanley Cup winner, Greene has 78 points (16-62=78), a -13 rating and 644 penalty minutes in 589 career games with Los Angeles and Edmonton. The Kings have been hit by an injury bug in the second half of the season, having lost Gaborik, Kris Versteeg (foot) and Jordan Nolan (back surgery) to injury.