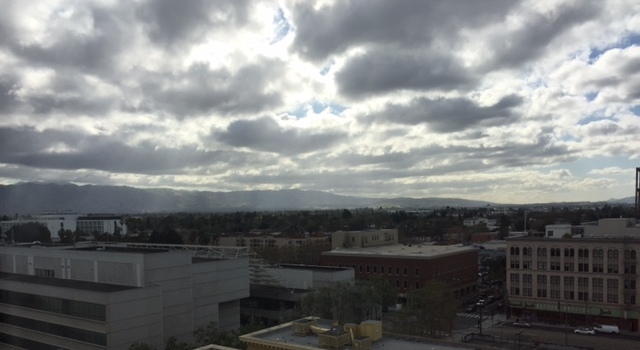 I’ve given up on my attempts to embed a Silicon Valley clip into a Good Morning, San Jose post, because LAKI-appropriate clips do not exist. It’s too bad, because the HBO show so articulately skewers Bay Area tech culture and stays humming with the fraternal and often juvenile bonds shared by its protagonists, the developers of a “middle-out” compression team known as Pied Piper. This may sound like trite and meaningless praise if you’ve never seen the show, but my goodness, it’s fantastic, and it returns next month.

Instead, here’s a video of what may as well be rolling during the opening credits. It’s our descent into San Jose on a fair and mild Sunday afternoon.

You know we’ve spent too much time in San Jose – this is our 14th Good Morning post! – when we’re clearly recycling bits from previous visits.

By default, evenings in San Jose are generally sleepy, and when a Sunday was added into the mix, and not just any Sunday, but Easter Sunday, it wasn’t a surprise that there was little “noise” or “human interaction” around the downtown area last night. These quick trips, especially the one-off road trips to San Jose that do not serve as the first or second night of a back-to-back, are ideal. You arrive in a city early enough that you still get a feel of it outside of the commute to and from the arena, and in terms of everything from inexpensive lunches to dinners in sport coats, the options here are just as good, if not better, than in any other city we visit. Here’s a stick tap to @srm1105 for the La Victoria recommendation earlier this season.

OK, that’s enough corporate and taqueria shilldom for one LAKI post. We’re leaving for the arena at 10:15, which will be followed an hour and 15 minutes later by the Kings’ morning skate. Lots more to come on a busy Monday from the Bay Area… 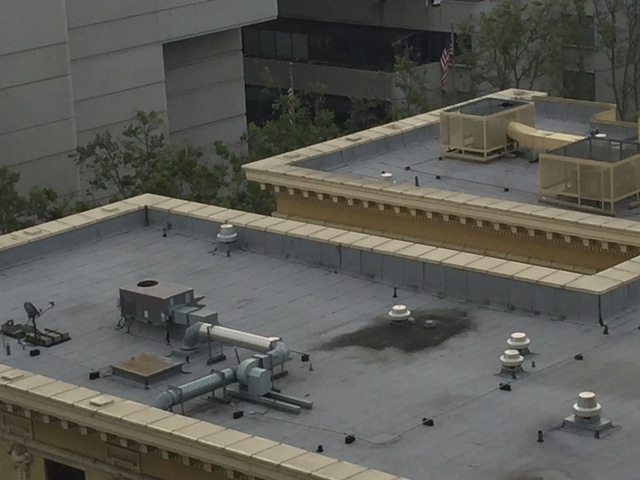