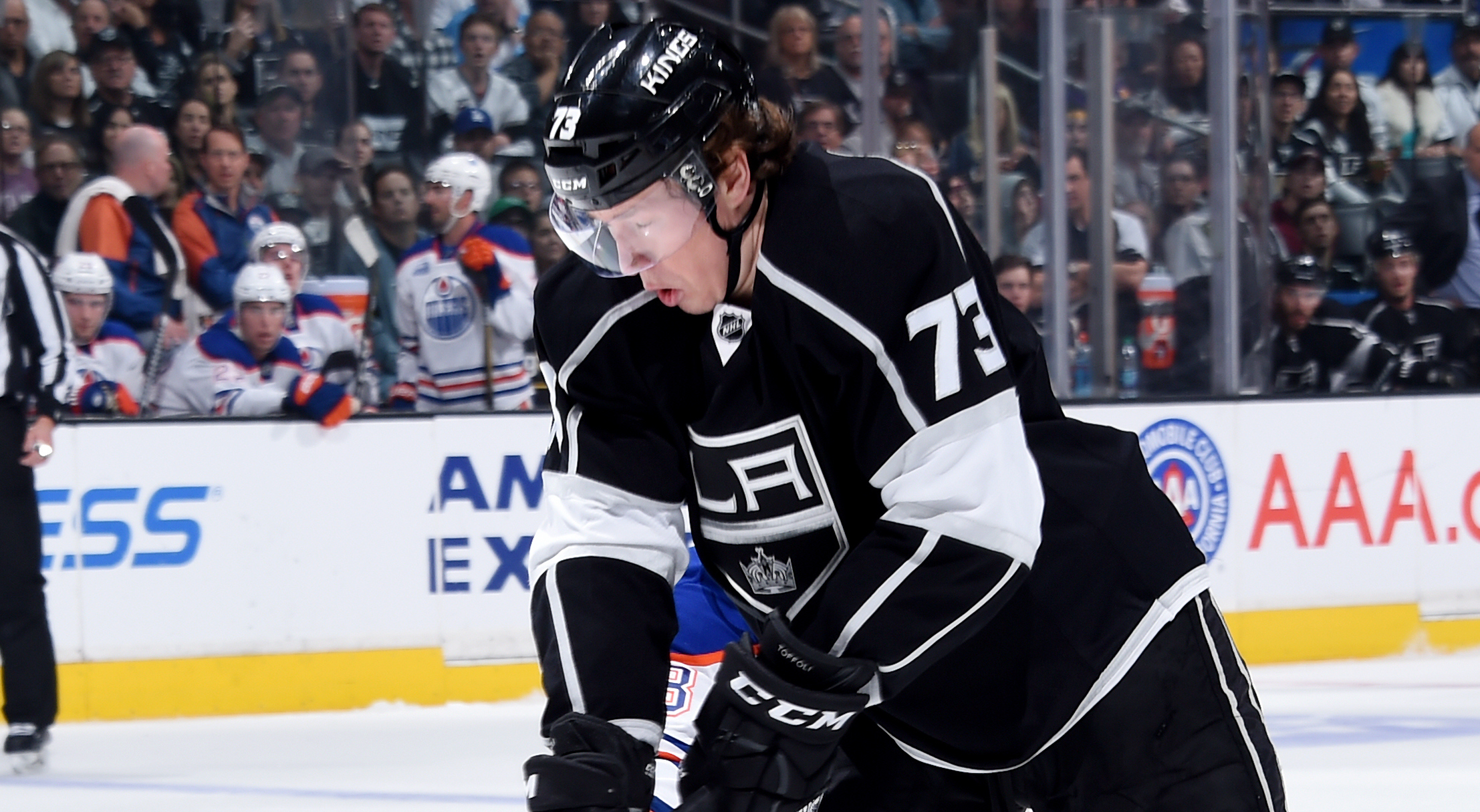 Milan Lucic, on returning home with a win, plentiful offense:
With all of the chances that we had in Minnesota and Winnipeg and not being able to bury those opportunities, we put a lot of onus on that heading into tonight’s game, and getting it started off right in the first 16 seconds by getting a goal there, and the way that you score goes to show how goals are scored in this league now more often than not, you know banging away in front and finding your own rebound, just getting it up and making it count. For us, it was a great job offensively to get the goals and make it count, but on the other end, we’ve got to clean things up defensively, giving up too much goals in the last four games here.

Tyler Toffoli, on the win:
We came out strong, obviously a bad break right after we scored that first one, but we stuck with it and we scored big goals at the right time.

Toffoli, on his line’s performance:
Yeah, we’ve played together, we started the year together almost, so we have that chemistry, and we were just trying to find our games, get lots of shots and zone time, and we did that tonight.

Toffoli, on if the Kings’ offensive outburst hinged more on an inexperienced goaltender or the team:
I think it was more on us, we know what type of team they have, we’ve played them obviously, I think that was the fifth time or whetever it was we’ve played them, but we needed to get back to our game and not just score off the rush but in-zone, creating chances down low, and like I said, we did it.

Andy Andreoff, on snapping the three-game losing skid:
We definitely had a tough start there, it was back and forth, but I thought we had a couple of good penalty kills there and we built momentum off of that, and I’m glad we finished strong.

Andreoff, on the team’s effort following the disappointing road trip:
After this road trip, we didn’t get any points, so obviously we had to turn it around here. There’s only seven games left in the season, we’ve got to get that first place in the conference, so I guess every game counts right now and points mean everything.

Andreoff, on facing San Jose Monday night:
These guys are right on our backs, so they’re going to be coming out hard, it’s going to be a playoff atmosphere. I think the main thing is just being ready for them to come out hard, and hopefully we get the win.