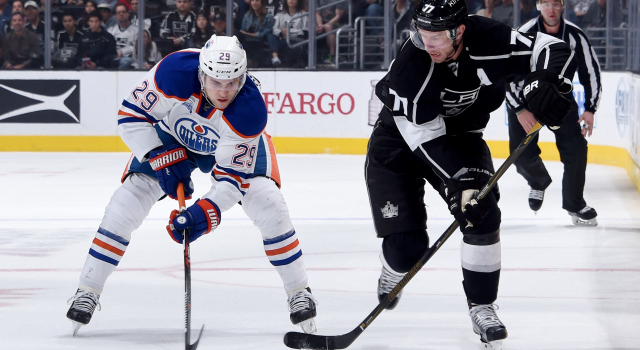 On the win in a “strange game”:
I think other than the odd shift in the first period we played the way we wanted, and then in the third period the tide turned a little bit for them when we took a bad penalty in their zone that we didn’t have to take and it gave them a little bit of momentum. Jeff Carter’s line was as good as the three guys have been all year. They were outstanding. It’s good to see Jeff put it away.

On Tyler Toffoli scoring twice:
Yeah, I think the line [was good]. I think that Jeff was making a lot of plays out there, and his speed was very evident, especially against a really fast team. It was good to see Tyler score from in close. He’s had trouble in close lately scoring goals, finishing, so it’s good to score some goals. Good for those guys who did score – Ty, Lewie, Andy – it’s good to see those guys score.

On Milan Lucic’s three assists:
Yeah, that line, Looch was a force.