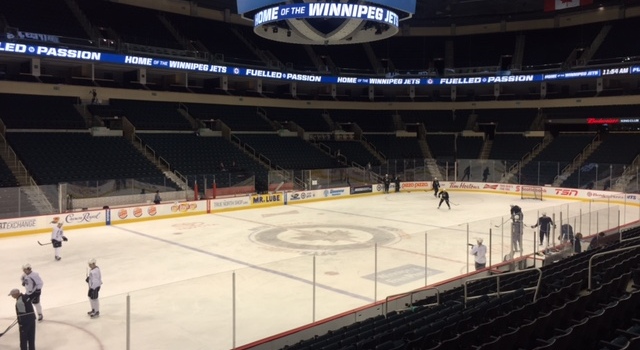 Good afternoon from Winnipeg, Insiders. The Kings skated at the MTS Centre earlier today and aligned as such:

-So, Tanner Pearson (personal) returns to the team while Kris Versteeg (foot) remains at home. For Versteeg, who is day-to-day, the word from Darryl Sutter prior to the start of the trip was that the team would “get him back on this trip some time” but as we all know the timeline to recover from an injury isn’t an exact science. Versteeg received treatment back in Southern California yesterday and was to be evaluated in the afternoon. We should have a better sense of where he’s at when the team returns back to El Segundo tomorrow.

-As for Pearson, he’ll skate opposite Tyler Toffoli on Nic Dowd’s line. The trio worked together at times during the preseason. “I’m familiar with Toff obviously, and Dowder works hard, and what you see is what you get out of him, so he’s going to play the same way as he does down in the A,” Pearson said. “I think from watching the game Tuesday night, he did a pretty good job in his debut.”

-Vincent Lecavalier skated but is “a little banged up,” according to the correspondence I received from back home. He is not expected to play. Had this been anything severe, he would not have skated.

-Jonathan Quick left the ice first and is expected to start in goal. He’ll be countered by Ondrej Pavelec, who is coming off a 28-save shutout against Vancouver.

-For Winnipeg, Nikolaj Ehlers (not Coster-Waldau, sigh) returns to action tonight, as does Mark Stuart. Tyler Myers, who had appeared in all 73 games to this point, is out for the rest of the season after undergoing knee surgery, which was performed today, and will also need hip surgery, according to Ed Tait. Ouch. That’s a rough go for a major piece on the Jets’ back end.

-More to come on the process of generating quality Drew Doughty power play looks, which have been coming in surplus (though they haven’t been finding twine). Enjoy your Thursday, Insiders. 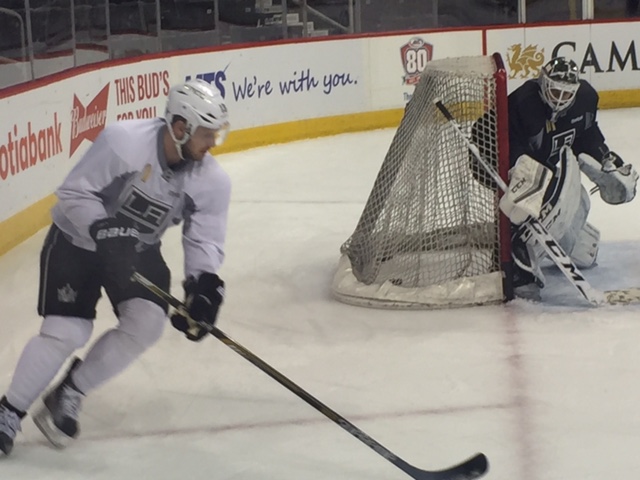