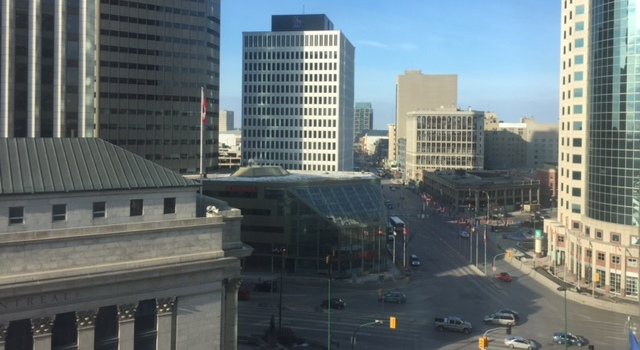 We’re in Winnipeg for the second and final time of the season – we were last here on October 26-27 – and it’s clear that this is not the first time this hotel room has been occupied. We were in the middle of a moderate snowstorm when we left the Twin Cities shortly after 2:00 p.m. yesterday:

But after we deiced and were airborne for one hour, we descended in clear skies to a brisk Manitoba afternoon. It’s not the worst thing in the world when your two visits to Winnipeg are in October and March.

LAKI commenter Jari Kurri asked yesterday morning what Winnipeg is like, and I didn’t feel I answered the question adequately. It’s a crowded downtown, and there always seems to be traffic when we arrive in the afternoon or evening. There’s no expressway from the airport to the hotel, which is centrally located, so the six-mile drive usually follows this script: Walk through customs, board the bus, admire the trophy-like fighter and military jets outside CFB Winnipeg, stickhandle through neighborhoods west of downtown near where the old rink used to stand, and sit through 25 minutes of traffic on Portage Avenue without the services of your data plan because you don’t want to rack up $50 in roaming charges.

After checking in and getting situated, we walked over to a small and terrific restaurant carved into the bottom floor of an old building that’s located a Dustin Byfuglien slapshot away from the lobby. It’s called The Mitchell Block, but unfortunately it does not pay homage to Willie’s part in a tremendous 5-on-3 kill against San Jose in the first round two years ago. This has become our go-to spot for our Winnipeg trips, and if you ever make it to southern Manitoba – an easy drive from anywhere! – this gets the full LA Kings Insider stamp of approval.

We’re now in the bus on the way to the rink, where the Kings will hold their morning skate at 11:30 a.m. There’s plenty more to come on a busy Thursday, Insiders. 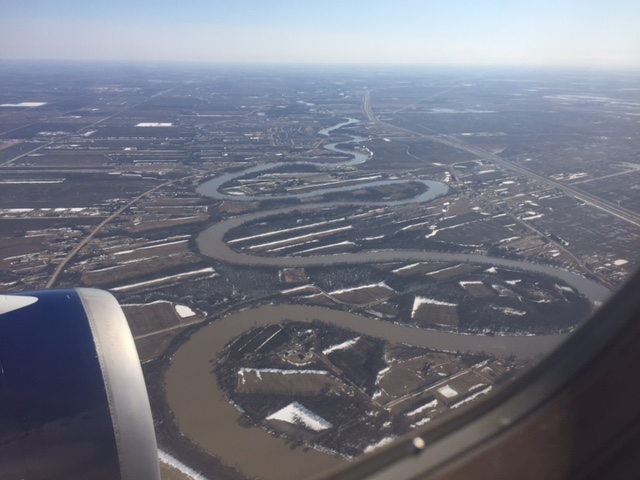