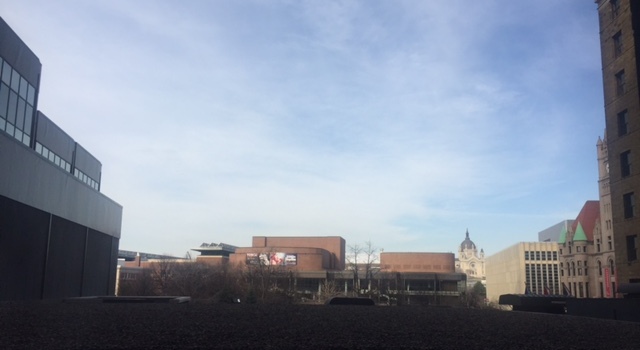 After an arrival shortly before 1:00 a.m. at MSP – that’s a good two-hour flight from Nashville – the Kings bused across the Mississippi River and arrived in central St. Paul, where they beat the Calgary Flames not in a hockey game but a race to the teams’ hotel. The Flames, who traveled from Toronto, face the Wild on Thursday. It was unexpected seeing room keys aligned in rows on a table and looking down to see envelopes depicting names such as Micheal Ferland and Tyler Wotherspoon.

This is similar to last year’s schedule right around this time, when Los Angeles and Calgary both converged on St. Paul and fell to Minnesota on consecutive nights. (Several of us took in the Wild-Flames game, which was probably a poor decision considering the mouthwatering New York peppercorn strip was calling for us across Rice Park at the St. Paul Grill.) Teams’ travel intersects at several points over the course of the season, and when we arrived back at LAX after the Chicago-Dallas trip last week, we walked down the steps from our plane right as the Boston Bruins were disembarking from their charter flight after a trip south from San Jose. I wonder if there were any friendly texts exchanged between the occupants of the two planes.

I’m already at Xcel, but there’s no morning skate today. I may pop my head over into Minnesota’s room and catch a few words from former Kings interim coach and current Minnesota interim coach John Torchetti. We also just spoke with Darryl; some of his words will be up after Waking up with the Kings. Enjoy your Tuesday, Insiders.