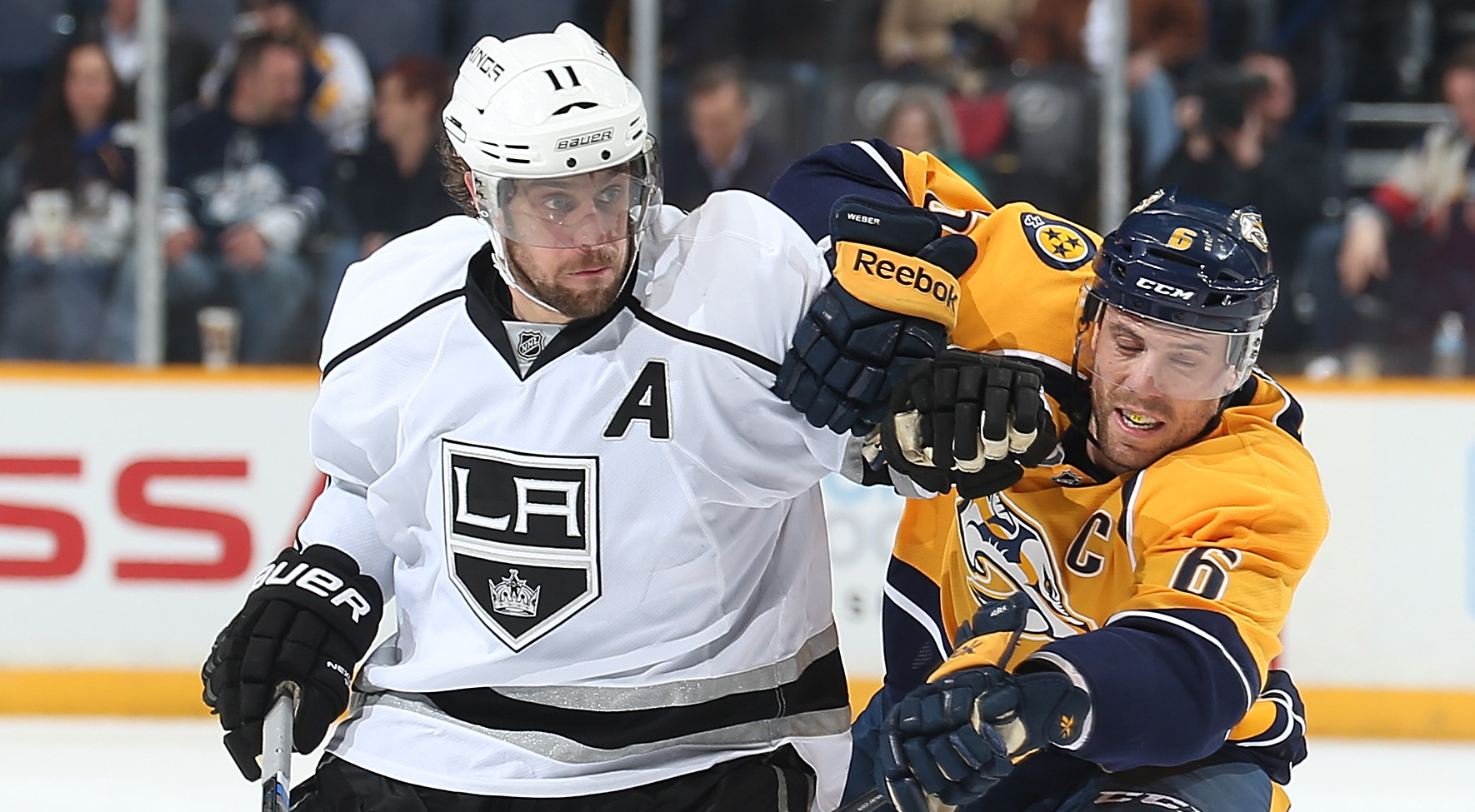 Anze Kopitar, on his overall thoughts of the game:
I didn’t think our first period wasn’t great, but it wasn’t bad; We got some chances, we got some shots off, it’s kind of how you want to start the game on the road, but then the second period was obviously, it wasn’t good at all, there’s not one thing we did good except for Quickie’s play, he saved a couple breakaways, he saved a couple really big ones, and obviously they got three on us, and that just can’t happen.

Kopitar, on the team’s comeback bid in the third:
We come out in the third and we score right away, I think there was 12 minutes left when we scored the second one, too, so we were right back in it, but then the fourth one was the one that kind of sunk us, so we’ve got to learn from our mistakes, and the bottom line is, we can’t play a period like we did the second one tonight, we can’t take a period like that off.

Kopitar, on if the goaltending change provided some sort of wake-up call:
It’s one of those things where everyone’s trying to get going, and that’s one of the things the coaches usually do, is try to rattle the cage a little bit and pull the goalie, change goalies. So yeah, it could be, but it shouldn’t be the case with our team, we know better than that, we can’t rely on just the one period, the third period to come back and win games.

Drew Doughty, on his thoughts of the game:
I don’t think we really created any chances besides Pears’s breakaway in the first two periods, so that’s not good hockey coming from us, and Quickie still had to make a lot of big saves in the first and obviously in the second too. We just came out flat, we weren’t ready to play, and obviously it showed early.