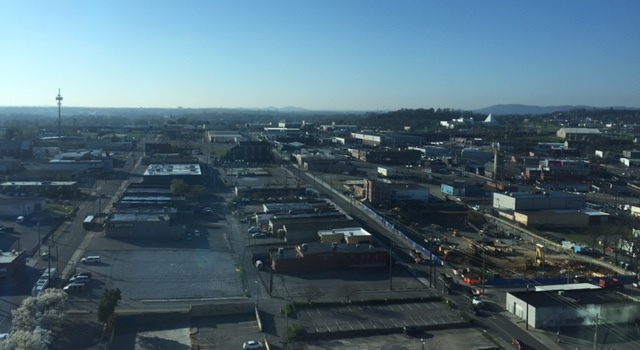 The view above is the south-facing view from the team hotel; as opposed to the north-facing view that gazes out upon downtown, this view depicts the still-to-gentrify industrial areas. Here, you can get your car repaired, buy tiles to lay in your new bathroom, order paints and coordinate shipping routes. One of the icons of a refurbished Nashville is the under-construction mixed-use building, though the redevelopment boom hasn’t yet hit these downtown-adjacent tracts.

We’re usually in and out fairly quickly, but Nashville is a fun place to spend a weekend. It is not unlike Austin, New Orleans and Las Vegas; that’s to say that there’s a party here and you’ll have to pick and choose your eating, drinking and live music options if you’re only here for a few days. The barbecue is better near Memphis, but the overall quality of food is far superior in Nashville. Per capita, this might be the best centralization of restaurants out of any stop on the entire circuit. If this was Nashville Predators Insider, I would probably look like this.

Though yesterday was the first day of spring, this should still be a cold trip. It was foggy when we departed LAX shortly after noon and chilly when we touched down in Tennessee some four hours later. There may be snow on Wednesday, the day that bridges the St. Paul/Winnipeg portion of this three-gamer.

The airport shares land with Berry Field Air National Guard Base, which explains the military jets lining up for takeoff one minute into the video.

The Kings are scheduled for an 11:30 a.m. skate this morning at Bridgestone Arena, which will be followed by a puck drop at 7:00 p.m. local time. Come gather round the radio at 4:30 p.m. PT for the Pizza Hut Pre-game Show. Let’s talk soon, Insiders. 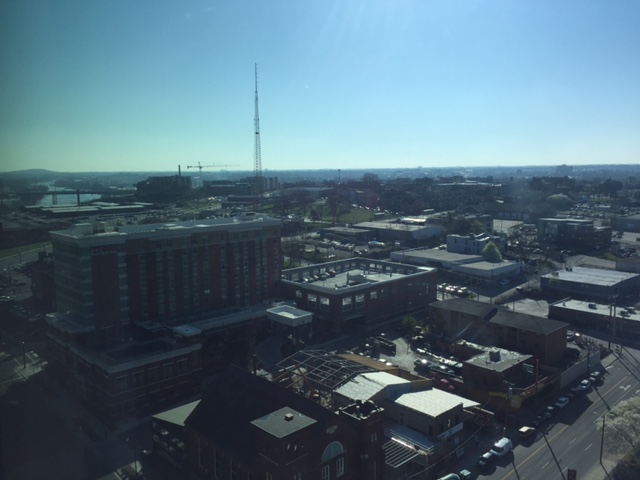