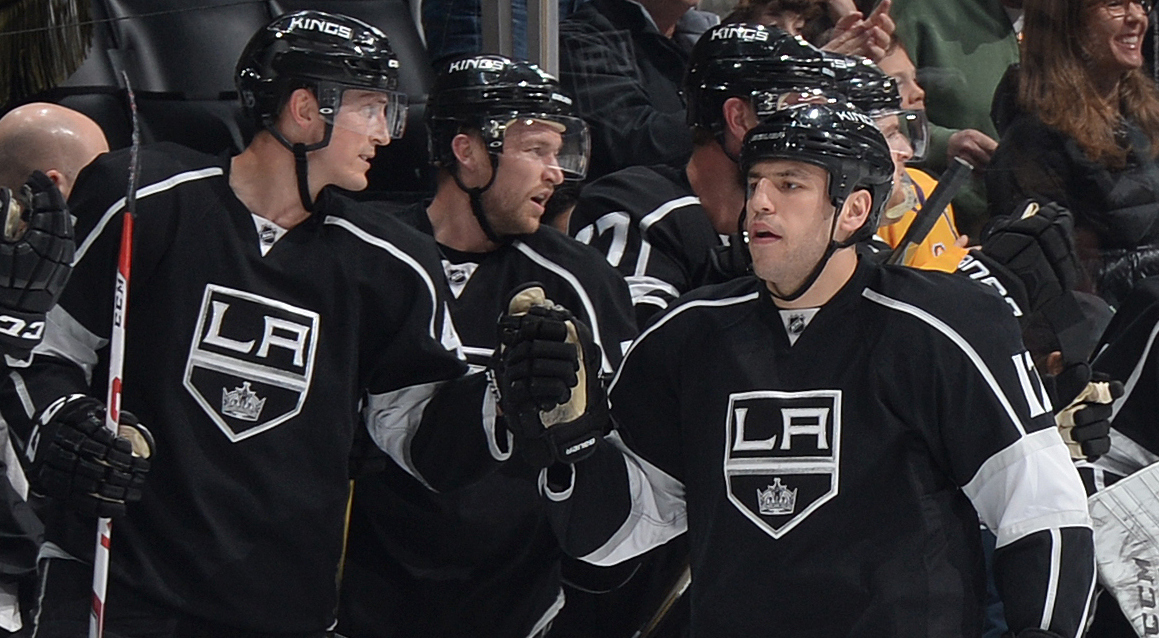 Milan Lucic, on what they keys were to holding off the Bruins:
I think we had a good first period and obviously our penalty kill came up huge today, Quickie made some real big, big saves on some great second shot opportunities. They really pressed to get themselves back into the game and defensively we were able to hold them to only one goal, and I think a lot of credit goes to our first period, our goaltending, and our penalty killing.

Lucic, on if recent games have had a playoff-like feel to them:
Yeah, for sure, because it’s that playoff push, every team is trying to get as many points as they can at this point of the season, and sharpen up their game so it’s at it’s best come playoff time. You expect the best from every team with 10-11 games left, and I think tonight Boston definitely came with their best game in LA.

Lucic, on clinching a playoff berth:
It’s huge. That’s the goal of the season, is to clinch a playoff spot, especially as a early as you can. You know, last year, falling just short, it definitely gives you motivation in the offseason to come in and have a good season. There’s still 11 games left and we want to finish as high up as we can in the standings, hopefully we keep playing that hard-nosed style of hockey, that playoff-style of hockey. It’s a great accomplishment, it’s been a fun 71 games so far and I think we need to keep the foot on the gas pedal and keep it going.

Vincent Lecavalier, on the team clinching a playoff berth:
It’s great, obviously I’ve only gone here a couple of months ago, so these guys have been working since October, so it’s definitely nice. We’ve been working hard since the beginning of the year, but really these last two weeks at home to make sure we got those games, get as many points as possible, and again tonight, it wasn’t the prettiest game, but Quickie made some big saves, we got it done on the PK, which was great tonight it’s great to be in the playoffs.

Lecavalier, on how much the team had to lean on Quick tonight:
I felt the first half we didn’t really give them that much, but obviously they picked up their game, I think they got a little bit of momentum off of their power play, but Quickie made some unbelievable saves and we still played pretty well defensively, so we got the two points, and now move on and go on the road.

Lecavalier, on what the goal is now that the team has clinched a playoff spot:
Obviously we want to be as high as possible, so we’re going to finish strong here and make sure that we’re ready every game like we have been, and keep pushing