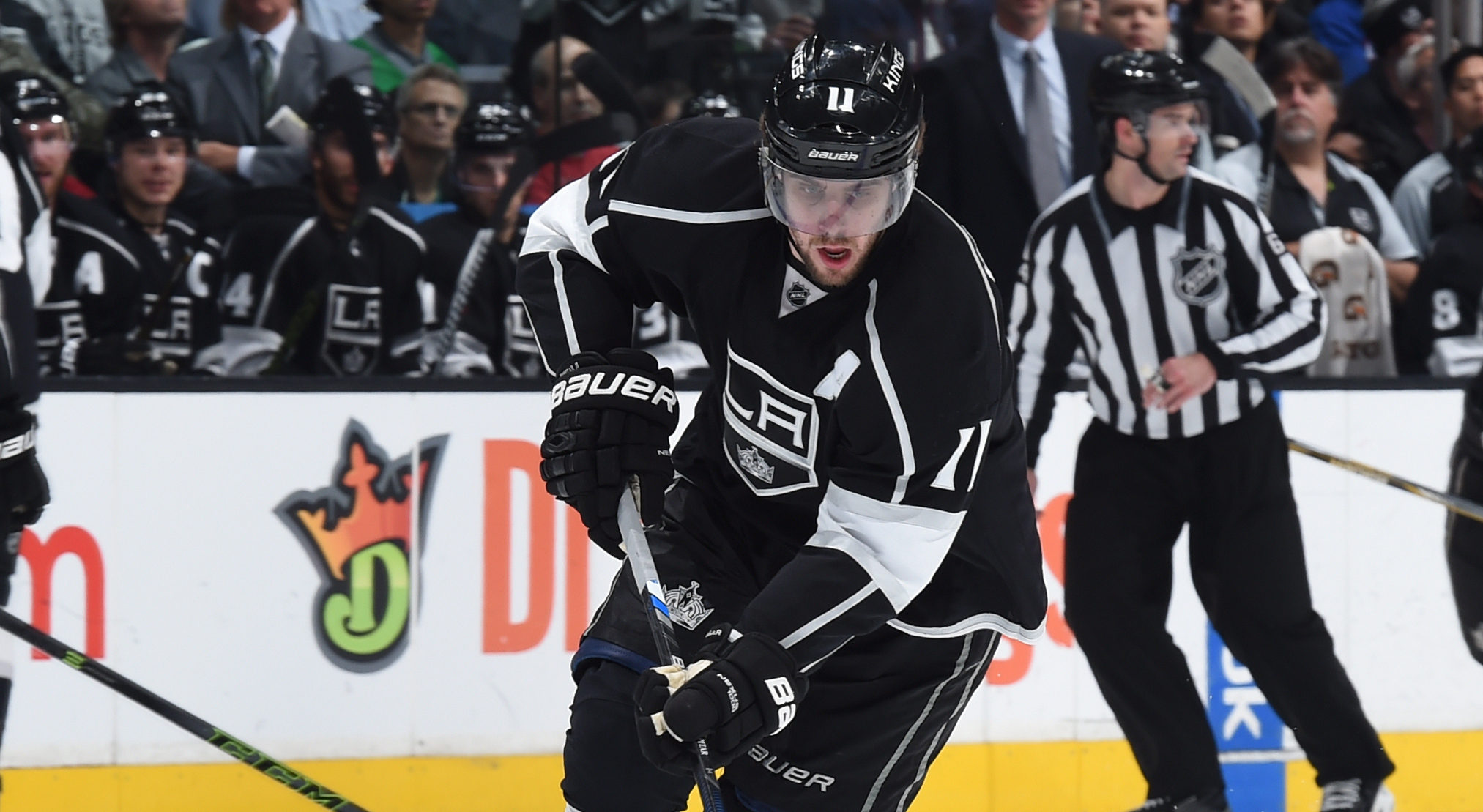 Anze Kopitar, on the win:
It’s pretty much a playoff game, a lot of checking obviously, not a whole lot of room out there. I guess the last couple of games we’ve had the lead and really brought it home with not a whole lot of pressure, but you know tonight, it was the other way around. We knew it was going to be a tough game, and to come back like we did in the third, it shows the character again that we have in this room and it’s definitely a nice little boost for our hockey club.

Kopitar, on what he thought of Dustin Brown’s performance:
I thought he had a great first period obviously, the tying goal was about 15 seconds after they scored, it was obviously huge and gave us a spark that we needed. He’s been doing that in different ways, whether it’s a big hit, a blocked shot, a subtle play on the ice, he always does and that’s why he’s our leader.

Kopitar, on what it’s like scoring an OT-winning goal in a big game toward the end of the season:
It’s nice, it’s obviously just nice to score, I think the most important thing obviously is that we got the two points, especially because they did beat Anaheim last night, and we wanted to come out and get a little bit more cushion on Anaheim. Winning in OT, it doesn’t really matter because they’re from out East, so it’s nice to get two points.

Kopitar, on what the intensity is like in games against the Rangers:
We’re worrying about ourselves. Yeah, we’re looking at the standings, but for us, the most important thing is our play and our game, and if we take care of that, we believe we’ll be in good shape.

Kopitar, on if he thinks the team is playing on another ‘level’:
It’s that time of the year, I mean you’ve got to sharpen up, you’ve got to tighten up. Obviously we’re sitting pretty well, but still, what is it, 12 games left now? You want to make sure come mid-April that your game is on, and these are definitely the games to sharpen up and get ready for playoffs.

Dustin Brown, on Anze Kopitar’s performance:
He’s done it before. It it were up to him, he would probably like to play the Rangers a couple more times this year. He has five goals in two games and played the same in MSG, he was huge for us tonight.

Brown, on his goal:
It was just puck possession for a while, and protecting it, finally I got the chance to get it on net and Carts was there in front. That has been our success a lot lately, getting guys in front and getting pucks there.

Brown, on how the team was able to overcome a third period two-goal deficit:
We just kept our foot on the gas pedal, really. We had a lot of good looks, scrambled around their net and eventually found a way to get them in. We put pressure on them in a back-to-back and wore them out throughout the game.