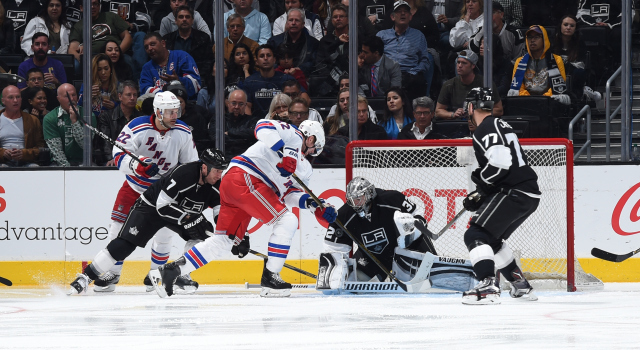 On the come-from-behind win:
Great game from both clubs.

On whether the game “felt like a playoff game”:
It was a good game. The goalies were both really good. I thought we had a lot of opportunities to go ahead and Lundqvist made some big saves. They scored on a couple opportunities they had to go up, and we came back. That’s all it is.

On Dustin Brown’s performance:
It was a collective team effort.

On whether the Kings’ play has improved because the Ducks closed the gap:
I don’t think that. It doesn’t have anything to do with that. We’re trying to make the playoffs. All that other stuff, you guys do what you want with it.

On making adjustments to the lines in the third period:
Once we were down two goals, we did.