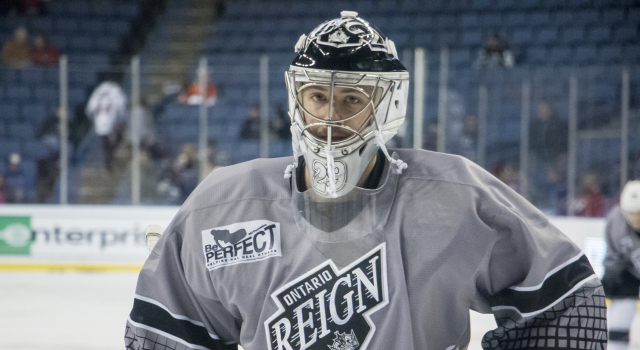 Michael Houser is returning to the Reign after a conditioning stint with the Manchester Monarchs.

Houser was reassigned to the ECHL affiliate on March 2 and played his last game with Manchester last Sunday, a 3-1 win over Elmira in which he stopped 35 shots.

The Youngstown, Ohio, native has been Peter Budaj’s backup most of the season in Ontario. He’s 1-3-0 with the Reign with a goals against of 2.56 and save percentage of .880.

The Reign have not made a subsequent move regarding Taran Kozun, who has been serving behind Budaj while Houser was with Manchester, but it’s highly unlikely the team will carry three goaltenders.