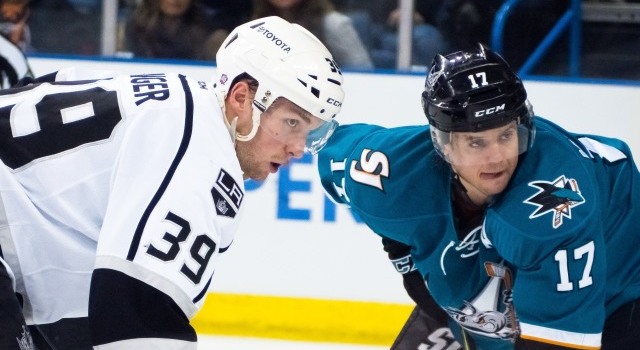 –Peter Budaj made 28 saves to pick up his league-leading 34th victory.

–Vincent LoVerde’s goal was his fourth game-winner of the season and second in overtime.

LoVerde took Michael Mersch’s shot off the back boards and tipped in by Rumpel. Watch it here, thanks to Sheng Peng:

–Sean Backman’s second period goal was originally credited to Mersch, but correctly changed after the game. With that, Backman reaches 50 points.

Kempe to Dowd to Gravel to Backman to Mersch (for now) on the PP! @ontarioreign 1 @sjbarracuda 1 pic.twitter.com/pjEYel6ped

–Kevin Gravel recorded his fourth multi-point game of the season by assisting on both goals in regulation.

–With SJ’s goalie pulled, the Reign gave up a goal to Bryan Lerg with just 32.4 seconds left in regulation:

–The Reign held San Jose at 0-for-9 on the power play in the two-game series.

–The Reign were held scoreless on the power play in the last three games before Backman’s second period goal on the man advantage.

–San Jose’s starting goalie Joel Rumpel was playing in just his second AHL game. He’s a college teammate of Mersch at the University of Wisconsin.

–Adrian Kempe’s goal was his second in the last three games after going scoreless in his previous 17. Kempe recently missed four games due to an upper-body injury but returned last Saturday against San Diego.