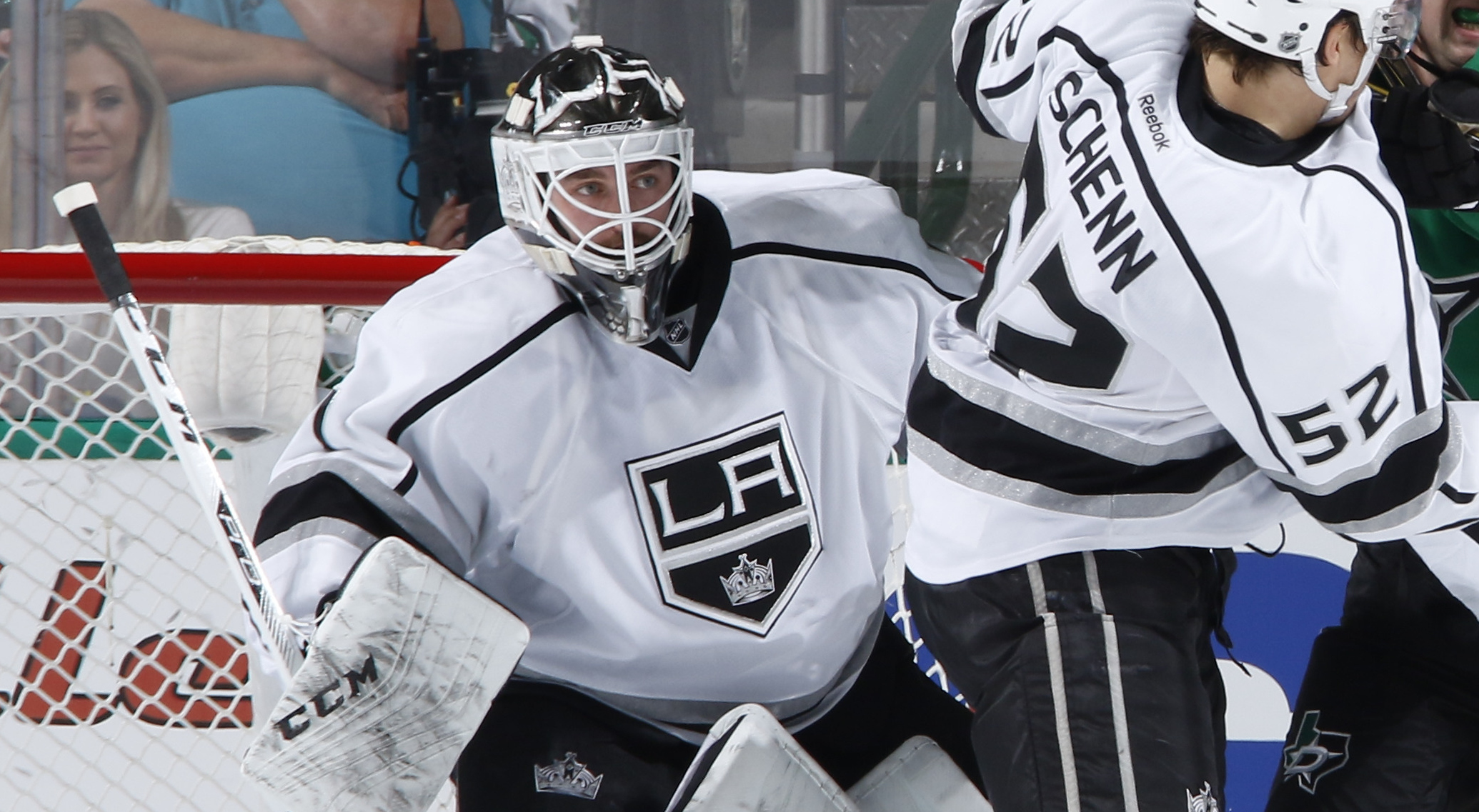 Jhonas Enroth, on his performance against Dallas:
Well I knew obviously they can score a lot of goals, I knew them from last year, I felt like I had everything under control, except they scored two kind of lucky goals on me. Overall I think the team really shut them down well, and I don’t think they got too many Grady-A scoring chances, so it was a really good defensive game for us.

Enroth, on how special it was, on a personal level, to beat his former team:
It’s a little bit special, it’s not too special actually. I was only here for three months, I played here for three months, so obviously I know the whole team pretty much and I had a pretty good time here, I was them all the best in the last stretch here, obviously they have a pretty good team, so it should be interesting to see what happens.

Enroth, on the importance of back-to-back wins against two of the league’s top teams:
Yeah it’s huge, I think we really need to build on this and try to build some momentum over the last stretch here.

Rob Scuderi, on the plays that led to his two assists:
I think the plays were pretty standard for me, just one trying to get a puck to the net, the other just a pass. I think that the other guys are the ones that made the plays, I made the standard play and they made the good one, but it’s always nice to help chip in.

Scuderi, on how important it was for the team to have another complete effort after a short turnaround:
Back-to-back games aren’t easy, especially against these two opponents. Dallas is an explosive team, a lot of offense, can turn it on in a hurry and they did tonight, we weathered a few storms and Jhoni made the big stops when we needed him to, it was a good team win.

Scuderi, on setting the tone early with two goals in the first five minutes:
They got the bounce on their first goal and put us back on our heels a little bit, they started to come, but I thought we did a good job of just regrouping and staying with it. Like I said, they’re an explosive team, and if you panic too much, they really can turn the game on you in a hurry, but I thought everyone just stuck with the plan and stayed calm.

Anze Kopitar, on if he felt the team made a complete effort:
We knew it was a big game for us, and after the effort we put in last night, it’s obviously important to follow it up. It was a short night, but I think the guys did a really good job of preparing themselves and really staying in the moment when it counted the most. Yeah, we got off to an early lead again, which it’s nice obviously to play with the lead, but we followed it up. Every time they inched closer, we had an answer, and obviously that’s huge.

Kopitar, on the team winning nine of its last 12 games:
It’s that time of the year, you’ve got to start sharpening up, and what is it, 13 we have left in the season? So we want to make sure that we’re obviously peaking at the right time, and there’s still some room for improvement, but we feel like we’re on the right track.

Kopitar, n Lecavalier playing his 1,200th career NHL game:
Yeah he’s old. Obviously he’s been a great addition to our hockey club, and for him, I’m sure it was pretty special, and I’m sure he’s going to remember this one for quite a little while. You can’t say enough about him, he’s given us some really, really solid minutes, five-on-five, on the power play, he’s been taking some key draws too in their zone, and that’s what we need from him.

Kopitar, on the seamless transition of the midseason acquisitions:
I think we make guys feel fairly comfortable fairly quick, it’s a quick transition for us, and we try to make it, again, as easy as we possibly can on them. And yeah, Rob’s been here, yeah’s he’s been gone for a couple of years, but nothing has really changed since he left, and I think Vinny, Schenner, Kris, they came in and they all embraced their roles, and in that regard, it’s a lot easier for us to make them feel comfortable right away and try to make it easy on them, just because they’re all-in, and they know and realize what they’re here for.