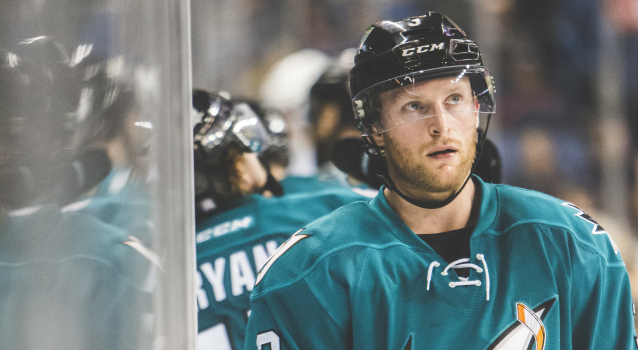 –Video of Sutter’s goal, his first with Ontario:

–The second Reign goal, which was originally credited to Michael Mersch, then to Nic Dowd, then back to Mersch. So, looks like somewhere in there it’s ruled it hit off the left winger:

–Reign’s third goal, Mersch with some moves behind the net has San Jose lost in zone to set up Dowd in slot:

–Justin Auger scored the Reign’s 5th SHG of the season on a breakaway in the third:

–Nic Dowd had his 10th multi-point game of the season, Michael Mersch his 8th, Sean Backman his 12th and Andrew Crescenzi his 4th. In all, the Reign’s first line of Mersch-Dowd-Backman finished with six points.