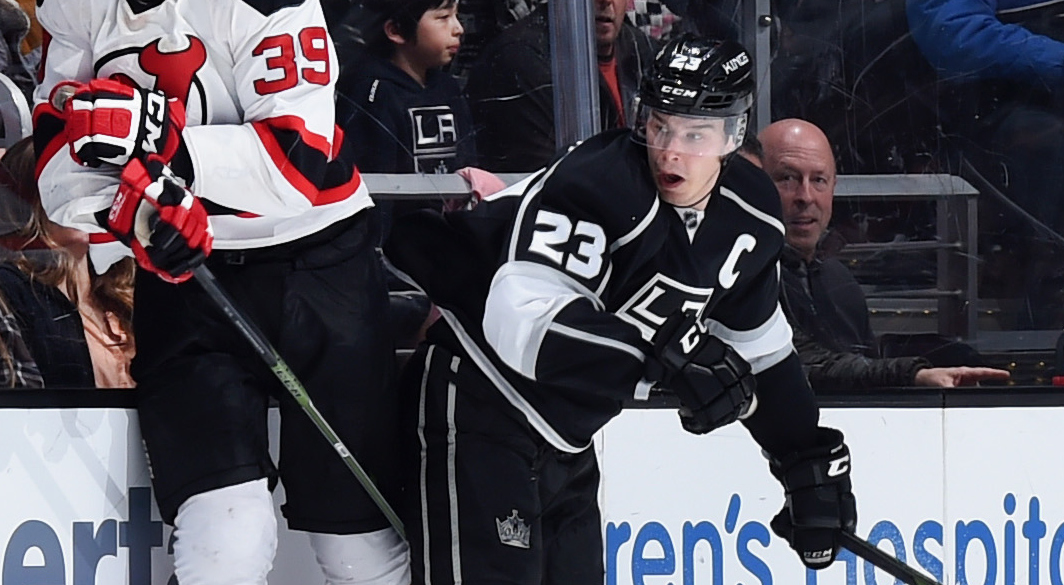 Dustin Brown, on if it was tough to end the home stand with a loss:
We didn’t have a very good first and we were kind of battling to get back into it at the end, and that team doesn’t really give up much. We got a point out of it, but we lost a point probably because of our first period.

Brown, on if the Devils were doing anything in particular to slow the Kings down:
I just don’t think we were ready to start, we kind of had a continuation of the third period against Washington, kind of maybe seeped into our game tonight. Again, we were chasing, we had to grind out a goal in the second, we had our chances, but we’ve got to start better.

Brown, on if the Devils’ energy forced the Kings out of their game:
I mean they’re a stingy team, I think the shots were 8-4 in the first, they were just into their game. When we played them there they just don’t give up a lot, so we’ve got to work for it.

Anze Kopitar, on if the team had trouble building momentum after his goal:
I don’t think the energy level tonight was where it needed to be, especially right off the start, our power play was not on tonight definitely. We just didn’t play the way we need to win the game, and especially at this time of the year.

Kopitar, on if the Kings’ struggles were self-inflicted or forced upon by New Jersey:
It’s a lot of things that we weren’t doing, obviously no discredit to them, but we know we can play a lot better, and we’re going to have to play a lot better.

Kopitar, on the Kings’ power play struggles:
I don’t think we were aggressive enough, I don’t think coming in the zone we set up the play as good as we wanted to, definitely didn’t get enough shots on it. I don’t know what the totals were, but it seemed like we didn’t get enough pucks to the net and create chances out there.