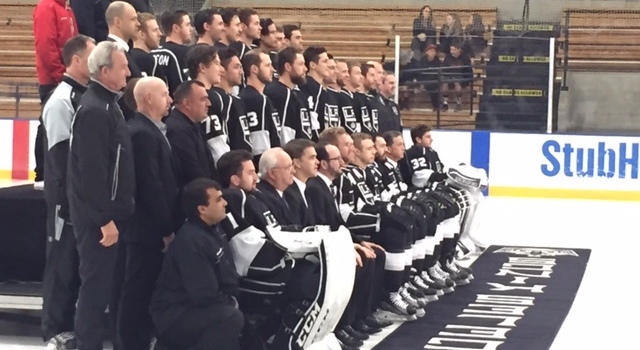 Good afternoon from Toyota Sports Center, where it was team photo day. After the players – including Matt Greene, Marian Gaborik and Jordan Nolan – dressed in uniform for their annual team shot, they exchanged their game jerseys for practice sweaters and aligned as such up front:

-As it was the first practice following a day off, it was a lengthier skate. The team has actually been off for two of the last three days, so they should be well rested in advance of Saturday’s game, which kicks off a four-games-in-six-nights stretch with significant travel involved.

-Interesting observations from Darryl Sutter will post shortly, followed by stories on players acknowledging teammates’ milestones and a look at Tanner Pearson’s recent play. “Five-on-five he’s given us a more solid game,” Sutter said of Pearson. Lots more to come.

-The New Jersey Devils are coming off a Keith Kincaid shutout (sound familiar?) in which the sophomore backstopped a defensively aligned Devils team (sound familiar?) to a 3-0 road victory in San Jose last night. Adam Henrique appeared to have survived a scary moment when he wore a Brent Burns shot with his skate; more on the Devils’ lineup should be learned tomorrow morning. Cory Schneider, Mike Cammalleri and Patrik Elias are all out, so get ready to see a lot of Kyle Palmieri and Devante Smith-Pelly (sound familiar?). New Jersey practices at Toyota Sports Center at 1:30 p.m. this afternoon. 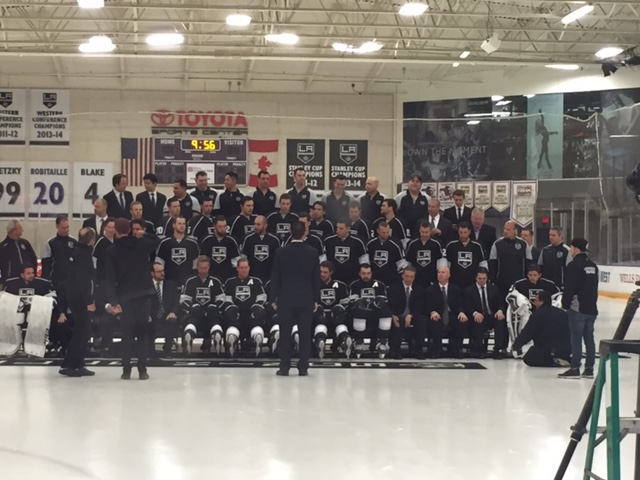