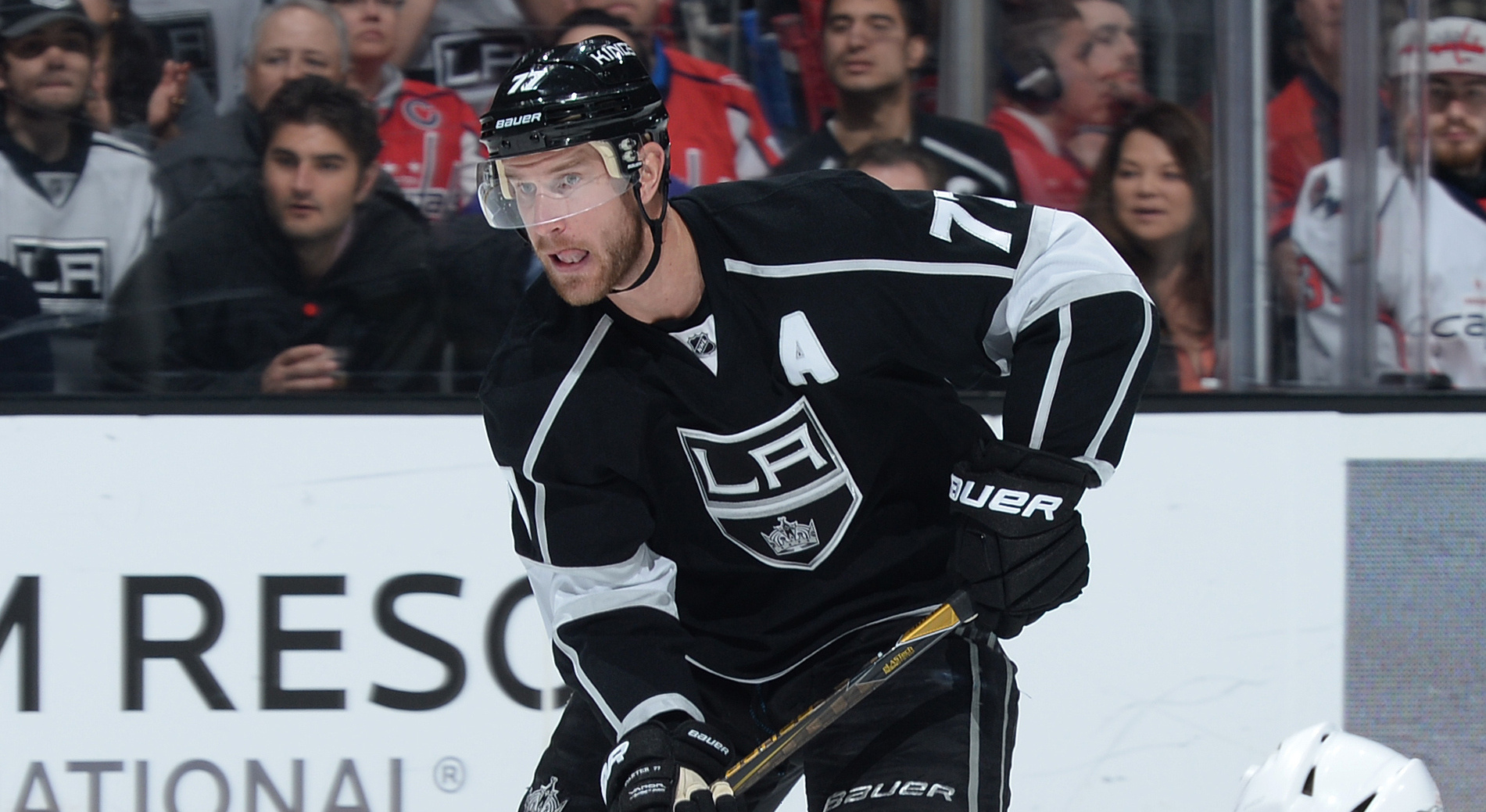 Milan Lucic, on if there’s any significance to moving back into first-place with the win:
Yeah for sure, I mean you play all season long for that home-ice advantage, that’s what the season is all about is finishing as high as you can in your division and in your conference. The Ducks have been the hottest team in the league since Christmas, an impressive record with what they’ve done, but we’ve managed to make this home stand a good one other than the one loss to Anaheim here, and we talked about that, making the Staples Center a harder place to play in. That was our big focus with this home stand, and we have one more game left before we hit the road again.

Lucic, on how he felt his line with Carter and Kopitar played:
Yeah it’s something Darryl put together in the Anaheim game on Saturday afternoon, he stuck with it in the Canucks game and it worked out real well, and he stuck with it here tonight. Three big bodies that want to play that down low game, but also have speed through the neutral zone, we have the ability to control the play when we’re on our game. It’s been a lot of fun, I’ve been playing the last seven periods with those two guys, they’re world-class players for a reason, and hopefully we can keep it going.

Lucic, on everything hitting on all cylinders early in the game:
I think back at the whole game, as a whole, it was that first period that got us that win here tonight. Even though obviously we have to finish it off in overtime, I think us coming out the way that we did and establishing that lead helped us get those big two points here tonight, especially against the best team in the league throughout the whole year. That was part of the challenge for us, was how are we going to come out in the first period, and it helped us get that win tonight.

Lucic, on what he takes away from the win:
When you’re on your game, no matter who you play you have success, like you saw in that first period, but I think the lesson to be learned, when you start cheating and not playing as a five-man unit, you let teams back in it. When we’re not making strong plays, especially in our D zone, the puck tends to end up in the back of your net no matter if it’s our system or any type of system, and you saw that here tonight. You can’t take for granted any type of situation you have going into the third period, those are the things you learn throughout the season and I think we learned that here tonight.

Jeff Carter, on where he came from on the game-winning goal:
A line change. Kopi and Tanner changed me, Looch jumped on.

Carter, on if it was a game they felt they had to win because of their tremendous start:
We played a good first period, started to slow down a bit, we can’t let teams back in like that, we’ve got to play a full 60, especially in these games, they’re huge, so we’ll take the two points but we’ve got a lot of work.

Carter, on if the OT win washes away the disappointing third period:
We need all of the points we can get right now, but we still have a lot of work to do, we can’t give up leads like that.

Carter, on the team jumping back into first place:
We scored one more goal than them tonight, that was basically it. We played a real good first period like I said, got away from our game a little bit but we’ll learn from it and we’ll be back.

Carter, on if he wants to get back to playing center or continue on the right-wing:
Play where they tell me to play.

Carter, on if there’s any meaning to beating the best team in the NHL:
If we want to win the Cup there’s a good chance it’ll have to go through them. It was a good game, for both teams probably two different games; hot start, slow down, slow start, heat up. They’re a good team, and chances are pretty good that if we want to get where we need to be that we’ll go through them.

Carter, on how important it is to win the division:
We want to get home ice, right? We’ve seen the last few times we’ve been in the playoffs how big game seven’s are, and when you have it in your home rink it’s a big advantage.