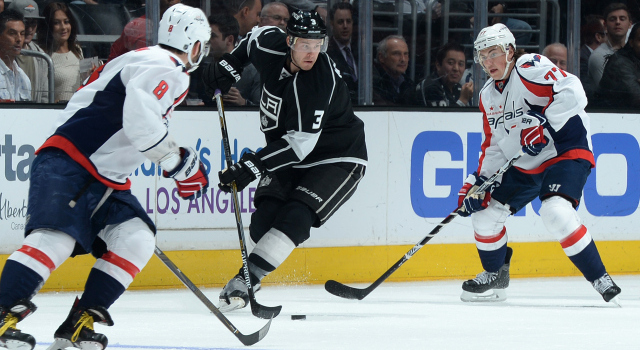 On jumping out to a three-goal lead and winning on overtime:
Well, they’re a high-scoring team, they’ve already scored more goals than some teams are going to score all year, so it’s really tough … so you’ve got to get a lead on them and then they’re going to pour it on. They’re up 30 goals in the third period.

On Jeff Carter finding success in moving to wing:
I think the line with Kopi and Jeff and Looch were really effective tonight again. We just need to get some more through our lineup.

On defending throughout much of the third period:
As I said, we’re not in that class in terms of offense. We have to check to a standstill almost to beat a team like that, and we were able to do it tonight. If you look at the play at the end that wins it for us, it’s a great defensive play, and a great play by Looch to Carts.

On what he takes away from another overtime win:
Hey, we went back into first place tonight, that’s huge for us. We’re trying to be, as I’ve said all year from day one, we’re trying to be a playoff team, and to be able to say with teen-games left that we’re fighting with the team that was supposed to have won it easy, so be thankful for that.