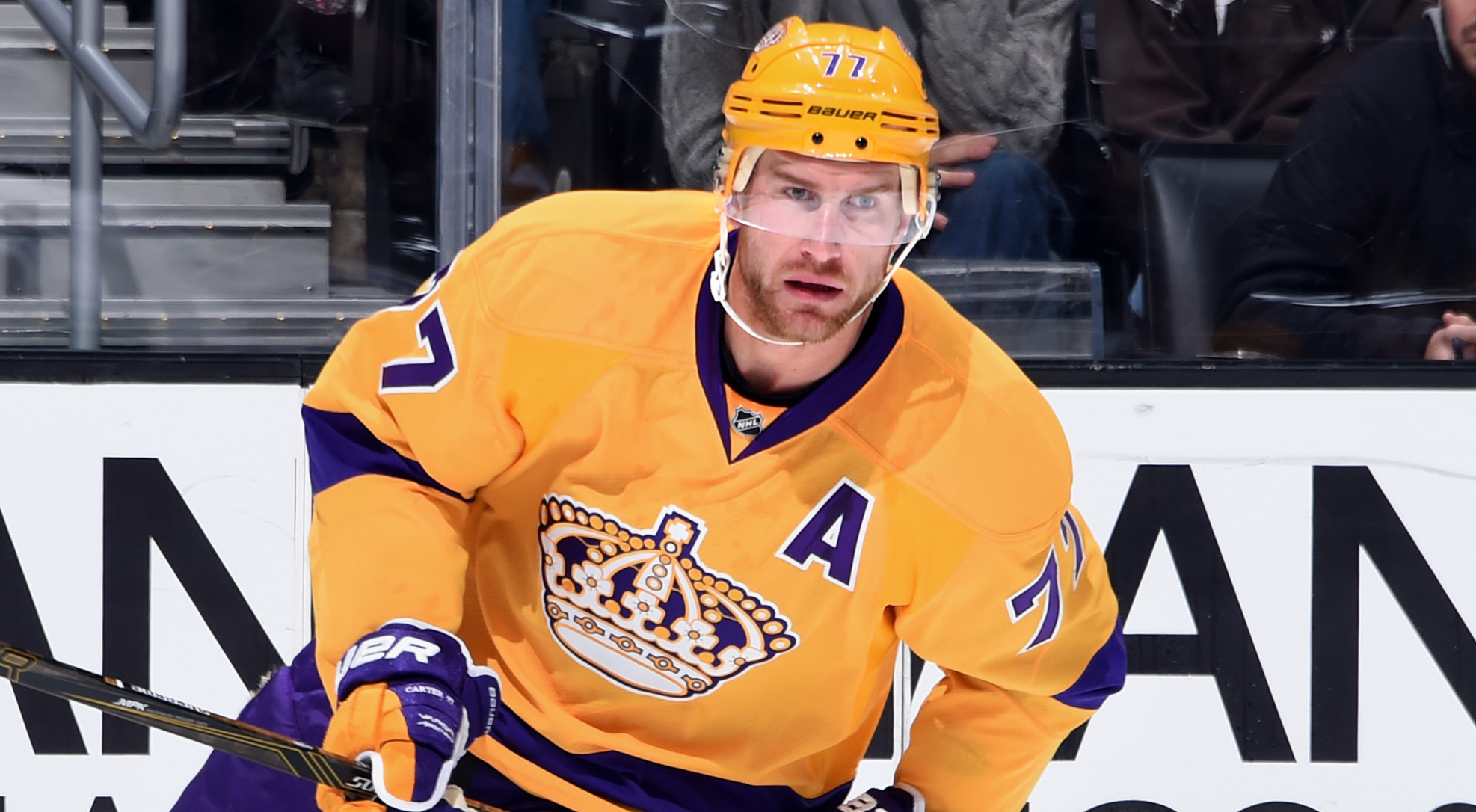 Drew Doughty, on how he thought the Kings handled the Canucks defensively:
We always play good defensive hockey, that’s not our team motto but something we’re known for, we take a lot of pride in playing good defense, we always have good goaltending, and tonight letting only one goal in, that’s how you win hockey games.

Doughty, on the team’s power play scoring, killing off five penalties:
Obviously the power play has been scoring a lot lately, so we’ve been happy with that, but our penalty kill’s been something that we’ve been a little concerned about, we haven’t been where we need to be, and tonight we were.

Doughty, on Jeff Carter scoring his 300th NHL goal:
Yeah that’s pretty cool, that’s a huge milestone for a guy like that, and he hasn’t scored at all lately, so for him to get two tonight, hopefully that will get him going, and we need him to score goals because he’s a big part to our team.

Doughty, on how important it was to bounce back with a win after Saturday’s loss to Anaheim:
Yeah it was a pretty heartbreaking loss against the Ducks, we wanted that win and we wanted to be at the top of our division, and after that we obviously weren’t, so we knew that we needed to catch up to them and we needed to start that off by winning tonight and we were able to, and we need to continue to do that.

Doughty, on keeping Daniel Sedin without a single shot on goal:
I don’t know, he’s a good hockey player, you know obviously one of the best players in the league along with his brother there. He’s got a lot of young guys playing with him in the lineup right now and probably guys he’s not used to playing with, so that’s probably why.

Jeff Carter, on scoring his 300th NHL goal:
It’s good, it’s nice to get a couple goals, it’s been a while. It was a big win for us, these division games are huge and we need these points so it was a good one for us.

Carter, on the team killing off all five of Vancouver’s power plays:
It’s something that we talked about, we’ve struggled the last few games giving up some big goals on the PK, so it was something that we really tried to key on tonight. You obviously don’t want to give up five, but the guys got the job done so it was good.

Carter, on if Henrik Sedin being out of the lineup made Vancouver an easier match:
Obviously they’re pretty dangerous when they’re together, they’re a big part of that team, so I guess it made it a little easier on us tonight