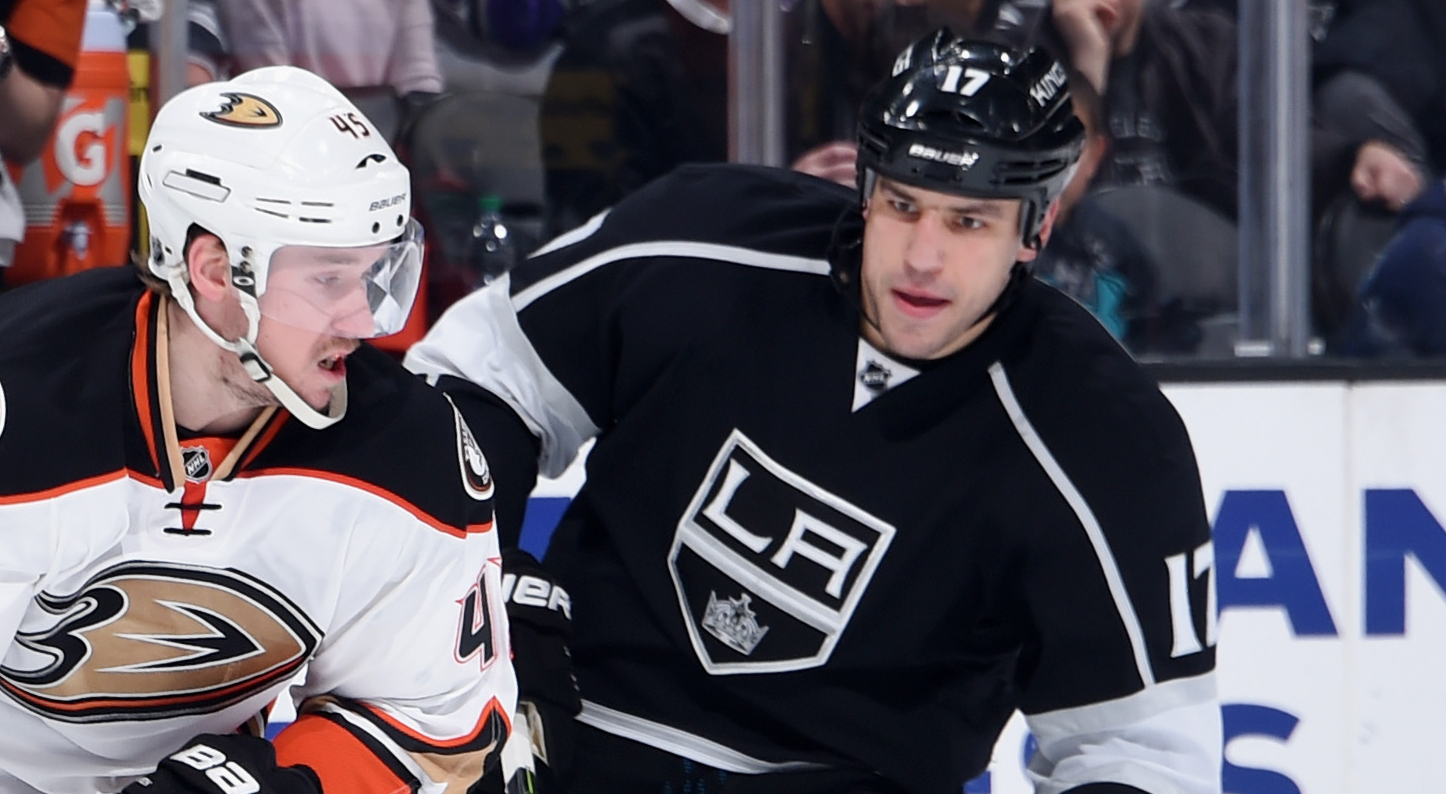 Kopitar, on if anything negative stuck out to him about the Kings’ performance:
Well, we can always execute better than we did, it was a hard-fought game, a lot of emotions, especially early obviously. I thought we played a decent game but it wasn’t enough, we have to be better and we know we can be better.

Kopitar, on Anaheim taking over first place in the Pacific with the win:
Every win and loss is a matter of home ice in the playoffs, so yes, we do realize what’s at stake here. We fell behind here today and we’re going to have to catch up ground.

Milan Lucic, on how he thinks special teams factored into the game:
If you look at the special teams, the game is won by one five-on-five goal and unfortunately we weren’t able to get one of those tonight, and they were, and that’s the difference in the game. We know they’re a real good power play team, especially as of late, we did a good job of keeping our discipline by only taking two penalties but they capitalized on both opportunities. A hard-fought game, a tough one to swallow, right off the get-go as you saw, guys were sticking up for each other, and I think that shows a lot of team character and team willingness to play for one another, and that goes a long way down the stretch of this season, guys are stepping up for each other. But like I said, when you lose a game like this, the biggest game of the year up to this point, it’s a tough one to swallow and you just got to do your best to bounce back as quick as you can with 18 games left.

Lucic, on what he thinks makes Anaheim’s power play so dangerous:
They’re moving the puck well; down low, up top, you name it. They’re supporting each other well and they’re taking high quality shots, and they’re getting a lot of shots through, so they get those opportunities. It all starts with face-offs too, on both ends; we had some great opportunities on the man-advantage by winning face-offs in the o-zone by starting with the puck, and you look at them, that’s a big part of their PP, that puck possession game, and when you’re able to get them out of their rhythm that’s when they struggle, but as you saw today, they were definitely in rhythm with their man-advantage and they made it count.

Lucic, on if he thinks anything was missing from the Kings’ game:
Yeah, just the finish. You look at the last however many games, the last 20 games, there hasn’t been enough finish from a lot of the guys including myself, and like I said, that five-on-five goal was the difference in the game with four power play goals scored tonight, so being able to capitalize on your chances when you get them, that’s definitely the difference in today’s game.