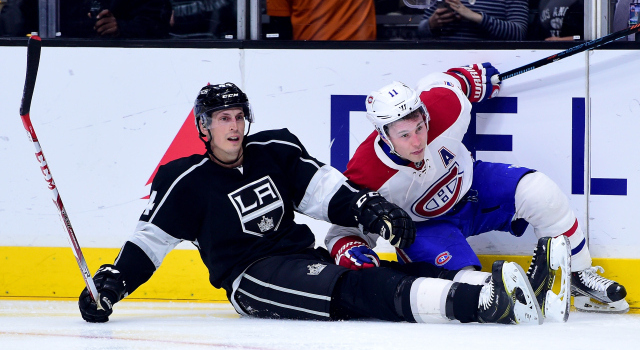 On whether he thought the game-winning goal would come in the third period:
No, we didn’t give up much. What’d they have, probably just a handful of chances? Three is enough to win, and they were probably fortunate to get two on us.

On Kris Versteeg’s Kings debut:
It’s a big adjustment. You know, he comes from the Eastern Conference and it’s probably a tough couple days for him, so we’ll see how it goes.

On generating shots on goal and an aggressive mindset:
Well, we haven’t been scoring much lately, so the best way is get down to their crease and try and get traffic and hopefully get some rebounds. You look at the first goal, Kopitar’s tip goal, it kind of set the stage for us.

On “how big of a game” Saturday’s game against Anaheim is:
It’s two points. The biggest game was the one tonight. Get some distance between our position and the team in fourth place in our division.