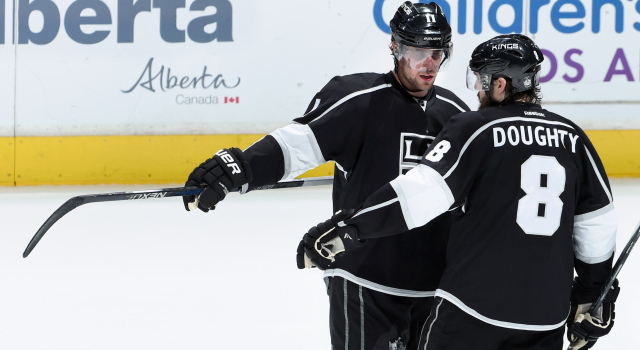 -With the win, Los Angeles improved to 32-89-20 all-time against Montreal, a record that includes a home mark of 22-40-9. The Kings are 5-1-0 in the last six overall meetings between the teams, swept a two-game season series for the third time in club history (also 2000-01, 2013-14), and won three straight games against the Canadiens for the first time in franchise history. The three game home winning streak in the series also ties a career high (second time; last: November 13, 1982 – January 18, 1984).

-With three goals, the Kings interrupted a five-game streak of scoring exactly two goals. It was the first time the team scored more than two goals since February 12, a 5-4 overtime win at the New York Rangers.

-Tanner Pearson has four goals during his career-tying three-game goal streak (4-0-4). The team is 10-1-0 when he scores.

-With his assist on Anze Kopitar’s goal, Alec Martinez recorded his 17th assist, setting a new career-high for assists in a season.

-Dwight King recorded his second game-winning goal of the season and has three points (2-1=3) in the last four games. With seven goals in 28 games, his production prorated over an 82-game season equals 20.5 goals.

The Kings are scheduled to practice at 11:00 a.m. Friday morning at Toyota Sports Center.