Versteeg ready to jump in, hopes to make quick impact 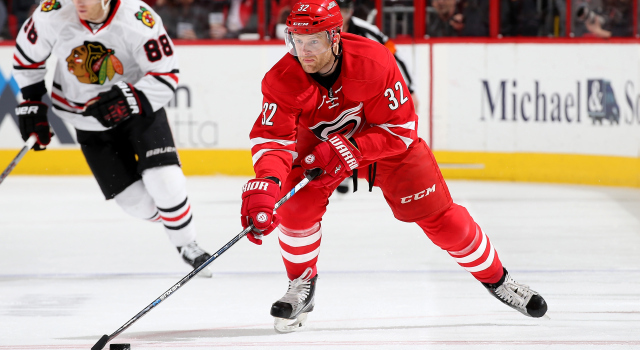 Kris Versteeg has been a fixture in the Southern Alberta hockey community, having spent three years with the Lethbridge Hurricanes in addition to WHL stops in Red Deer and B.C.-based Kamloops. He had expressed interest in purchasing the Hurricanes, the junior team that his younger brother, Mitch, also played for, and for seven years has been an owner of a hockey camp that was previously owned by a fellow prominent Alberta family.

“I’ve known Rich and Ron [Sutter] since I’ve been about five or six years old going to their hockey school, and I ended up buying their hockey school seven years ago now, the Rich and Ron Hockey School,” said Versteeg, who along with Devin Setoguchi and Rich Wiest now runs the Ver-Set Skills Camp. “There’s been some connection [with Rich and Ron Sutter], obviously, but they’re fair. They want the best out of everyone and they want everyone to succeed, but they’ll be on you, and that’s no other way to expect it, really.”

In trading his Carolina Hurricanes jersey for a Los Angeles Kings sweater, Versteeg moves from one Albertan coach, Bill Peters, to another in Darryl Sutter. And while the Hurricanes flirted with a playoff berth this season, he now joins a club that has its sights set on a deep playoff run.

“It’s exciting,” Versteeg said about joining the Kings. “It’s pretty much a perennial playoff team, a contender, and a lot of players that have done a lot of great things, so it’s exciting to come in this room and be a part of the group and play with a lot of these guys that are very good players and well respected around the league.”

Sutter said that the coaches sat down with Versteeg during yesterday’s off-day to get the new forward acclimated, but because Versteeg has won a pair of Stanley Cups, that type of transition to an accomplished dressing room should be eased over.

“I think similar to the other trades we’ve made, those guys that either the team’s familiar with or you’re familiar with,” Darryl Sutter said. “It’s similar to Vinny and Scuds, guys with championships under their belts, multiple ones. It speaks for itself.”

Describing himself as a tenacious player with a high Hockey IQ capable of “holding onto the puck and making plays,” Versteeg will look to remain strong on the puck alongside teammates who’ve combined to produce the top possession rates in the National Hockey League. Going back five years, Los Angeles and Chicago have been the two top Corsi-for teams in the entire league.

“I think you don’t want to just put your toe in the water, you want to jump right in and try to play whatever way you can that will help the team immediately and make and immediate impact in whatever way that might be,” Versteeg said. “I understand what they want me to do. Every team has me play a little bit differently at times, but at the same they want me to play my game, so I understand that. It’s about learning as fast as I can within the system and trying to contribute and help this team win. Like I said in a previous interview, I have one goal coming here, and that’s to win a Stanley Cup.”

On his first day of practice, Versteeg lined up alongside Tanner Pearson and Jeff Carter during rushes and should also factor into the team’s power play alignment. Though it was his first practice with Darryl Sutter, it wasn’t his first practice with a Sutter. During his time in Red Deer, Brent Sutter, knowing Versteeg had played defense when he was younger, saw his NHL-bound player line up both up front and on the blue line

“It was a change in my game, and it helped me see the entire perspective, not just from the forwards, but from the defense as well. Brent was very hard on me, but in a very fair way, and in Red Deer I really enjoyed my time and I got to know Darryl’s son as well (Brett) and Brent’s son (Brandon).”

Versteeg, on any commonality between winning teams:
Yeah, there’s a confidence and a swagger that goes with every winning team I’ve been on. I know in Carolina at the start of the year that wasn’t there, and as a team we built that confidence and swagger as the year went on, and you could feel that the shift of the room changes. Winning changes an attitude, and it almost makes you puff out your chest at times. Those top teams, they find that swagger within a room, and even when you play them, you understand they’re out there and they’re confident and they think they’re going to win every game. When you play the Kings, you play the Hawks, you play New York and these teams that have been at the top for a long time, they carry that around, and that’s something that gets breathed through an entire room.

Versteeg, on getting traded from Carolina:
I understood two weeks prior to the trade deadline kind of what was happening. It made the last two weeks playing pretty much extremely tough at times, because I really did love my time in Carolina and the group and the guys I was a part of. But you understand that as a UFA and what’s going on and where your team’s at in the standings. We were close, but they’re a young team and trying to build, so like I said, I really understood the last two weeks, and obviously it came down to the day before the deadline where me, John-Michael and Eric were all moved. I knew it was going to happen, it wasn’t really a shock.

Versteeg, on his background with the Sutter family:
I know Rich and Ron very well, and I know Darryl and Brent from being in Red Deer. There’s a link there, and they’re a great family, a great hockey family and very well respected, especially in my community back home. It’s exciting to be a part of what he’s helped build here, and hopefully I can just add to it in whatever way I can and whatever way they see me and obviously do my best and try to help this team win.