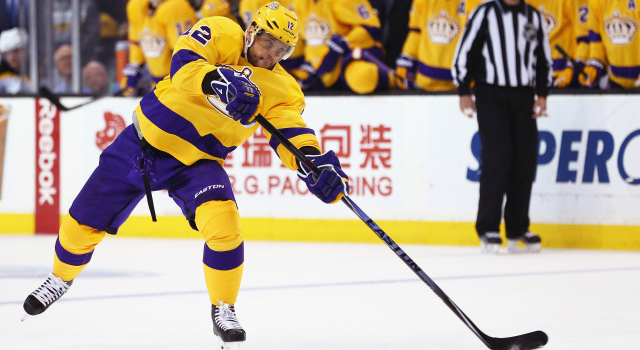 Alex Curry’s recent video interview with Marian Gaborik revealed that, according to Gaborik, the Kings were looking at a 10-to-12-week recovery period following the lower-body injury he suffered in an awkward collision with Dominic Moore of the New York Rangers on February 12. Were that general ballpark to hold firm, Gaborik would be looking at a return between April 22 and May 6. The playoffs will begin the week of April 11.

In a Monday conference call with reporters, though, Dean Lombardi expressed hope, if not exactly optimism, that the “goal” for a potential return to the lineup could be “sometime a little prior to the playoffs.”

“We’ll see,” he said. “I mean, the thing with these things, is there is an element of two things. One, how quickly he heals, and secondly, how hard he works. I think you guys know the story of Tony Granato, when Tony pulled it off where … when [he injured] his ACL – I had him in San Jose – he set a record for coming back in six weeks. It was ridiculous. So part of a player coming back in this type of injury is one, just his biological makeup in terms of healing, and secondly is how hard you work, and Granato was an absolute nut and broke the record for coming back. I mean there’s been anywhere from somebody with Granato’s injury – he did it in five weeks – and other people took ten weeks, so we’ll see, but that would probably be a reasonable estimate, sometime close to the playoffs, very close.”

Gaborik, 34, had played in every game this season at the time of his injury, which occurred in his 99th consecutive game played. He has 12 goals and 22 points in 54 games.