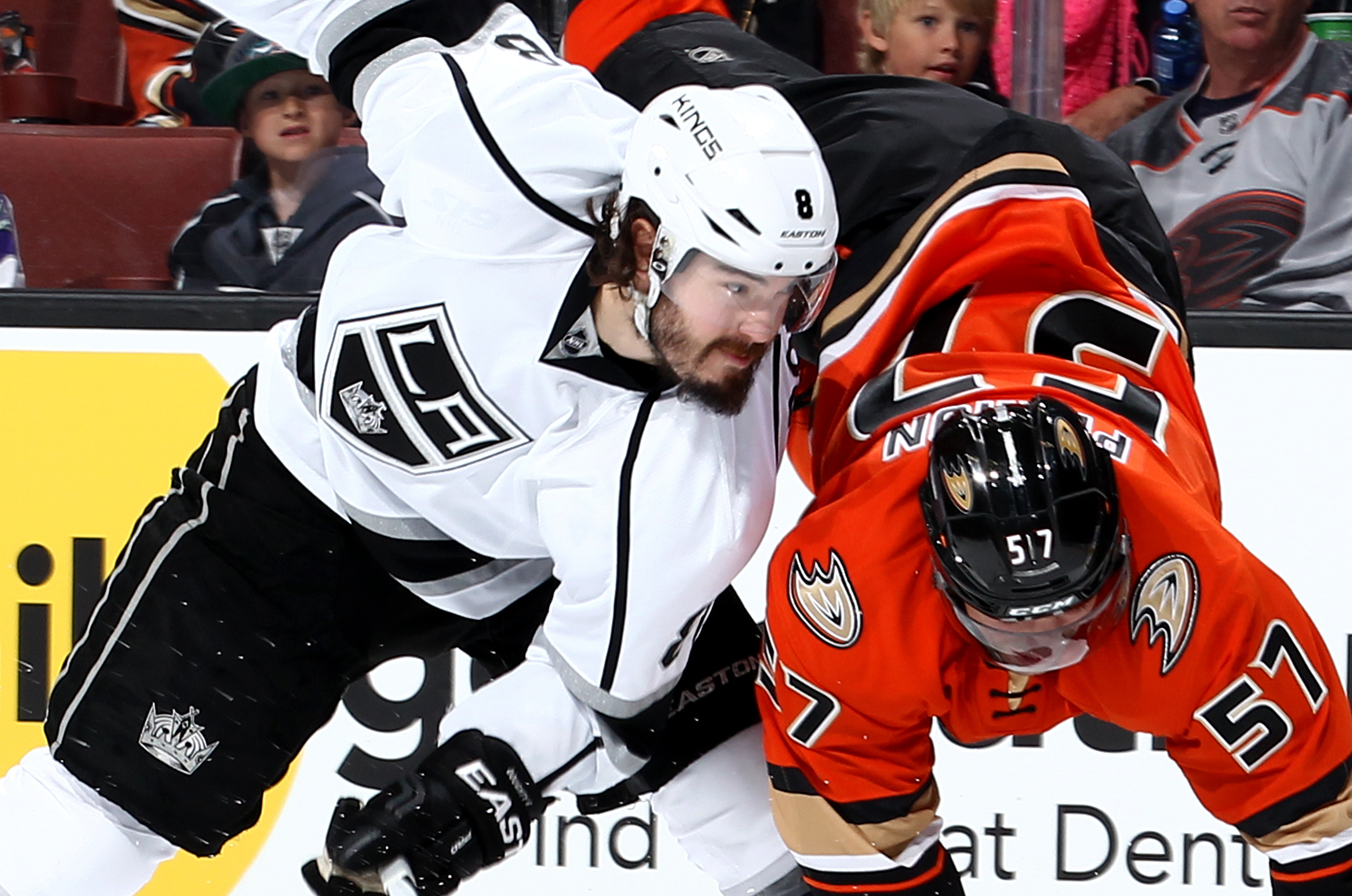 Anze Kopitar, on if there’s more to the loss than the Kings’ penalty kill troubles:
I mean, obviously to begin with we take too many penalties, and yeah we can definitely be sharper on the penalty kill, but I think our game just overall has to be better if we want to beat this team.

Kopitar, on Lucic’s disallowed goal:
Well, evidently it was offside, it was very close. We were all looking at the same thing there on the scoreboard, so it was very close, it is what it is.

Kopitar, on if he felt like he straddled the blue-line on the challenged play:
Well I felt like I did, but I guess I didn’t.

Drew Doughty, on whether the disallowed goal affected momentum:
I don’t think so, we were prepared if it didn’t count that we were just going to come back and try to get another one right away on the power play. I don’t think they put the time on the clock that they should’ve, it probably should’ve been a little bit longer of a power play but I could be wrong with that, and we only had 56 seconds but we were determined to go back out there and get another one, and we weren’t able to.

Doughty, on any concern with the team’s recent penalty killing performance:
Not that I can think of, but obviously just bearing down on our own net, bearing down on getting pucks out, it’s the same old thing. It’s the same thing the penalty kill always talks about, getting pucks out, blocking shots, and not letting them bang goals in around the net, and they were able to do that tonight.