Reign get Gravel back after Ehrhoff trade 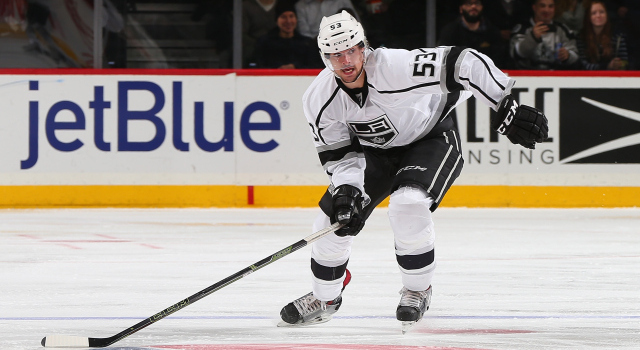 The Kings announced on Friday that they have traded defenseman Christian Ehrhoff to the Chicago Blackhawks for defenseman Rob Scuderi. As a result of the trade, defenseman Kevin Gravel is returning to the Reign after his first NHL call-up with the Kings.

Ehrhoff had been assigned to the Reign since clearing waivers on Feb. 11, playing in five games with the AHL affiliate, totaling 3 points, all assists.

Gravel, 23, had taken Ehrhoff’s roster spot on the Kings, making his NHL debut on Feb. 11 against the New York Islanders. The 6-foot-4 blue liner out of St. Cloud State played in four games with the Kings, averaging 11:07 minutes of ice time. He had been a healthy scratch for the Kings the last four games and has not played since Feb. 16 against Washington, a 3-1 loss.

Prior to his recall, Gravel had skated in all 42 available games for the Reign at that point, registering 5 goals and 11 assists.