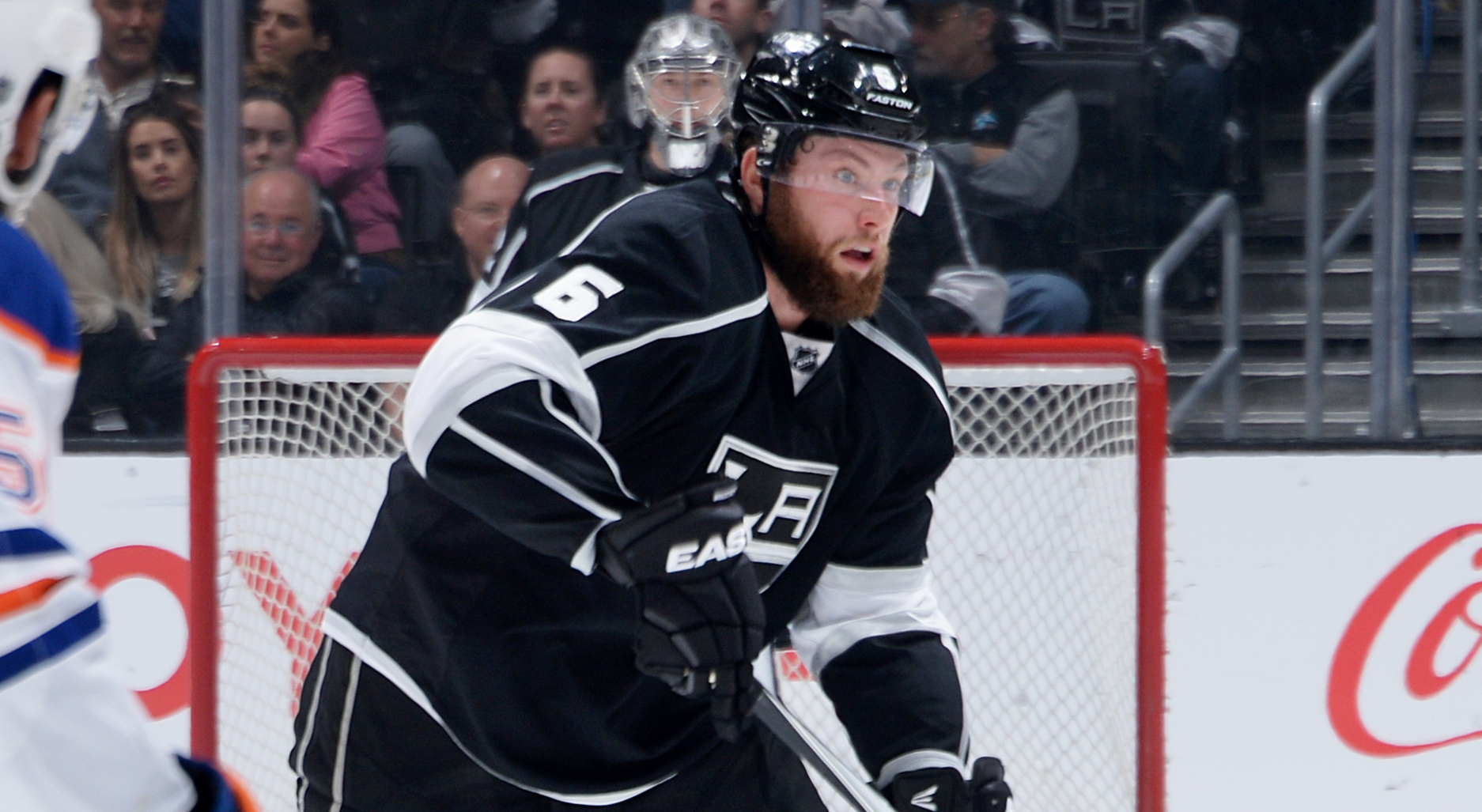 Jeff Carter, On what he thinks changed for the team in the third period:
We just started to play. The first two periods were not good, and we knew it, and we knew that we had to get our game going and we did, we created chances and that’s about it.

Carter, on what he saw developing during the play in which he scored:
Just saw it squeak through and sitting there and tried to get anything I could on it.

Carter, on if he’s thankful for Jonathan Quick’s performance:
Yeah, I’m thankful to have him on my team every night. Thank god he was in net tonight and he showed up and played for us, because it could’ve been ugly the first two periods.

Carter, on what it’s been like battling in low-scoring games as of late:
It’s nothing new for us really, that’s Kings hockey. Obviously we would like to make it a little easier on ourselves, but maybe it’s a good reminder for us how hard it is and how hard it’s going to be here.

Carter, on working through a personal cold streak scoring-wise:
That’s life, that’s hockey; never too high, never too low, I feel like I’ve been getting chances and they just haven’t been going in, so hopefully they start now.

Carter, on if he and the team is conscious of their tight division lead:
Yes. We know what’s going on.

Jake Muzzin, on battling through another 2-1 game:
Well we weren’t very good in the first obviously, we kind of got it going a little bit in the second, and then we just kind of had to connect the defense with the forwards, and once we kind of got pucks in and the cycle started getting pucks toward the net, we created a lot of opportunities and we capitalized on two of them.

Muzzin, on how the team was able to contain Connor McDavid:
He’s obviously a special player, a guy you have to pay a little more attention to on the ice, be physical, hard on him. I thought we did a pretty good job at doing that, and he’s a guy where you’re going to have to do that.

Muzzin, on Jonathan Quick’s performance:
He definitely won us this game tonight, especially early on in the game in the first period he made some big saves, and throughout the game he continued to make some big saves, so we’ve got to prepare a little bit better going into these games, and we won’t have to force him to make those big saves like he did.

Muzzin, on what three straight 2-1 wins says about the team:
We’re grinding, obviously we’d like a little bit more goals, especially five-on-five, we got two tonight which was nice, so we keep plugging away. These are games that you want to win now so when it comes playoff time you know how to do it, so it’s crucial for us to continue winning these.

Muzzin, on the Kings’ ability to physically wear down Edmonton:
They have a lot of skill up front, I mean they have guys that can, if you let them hang around in the game, one rush it’s a goat, two rushes they capitalize again. So yeah, have good gaps, be physical, take away their time and space, and it’s not just the D it’s the forwards too who back pressure and angle and stuff like that, so I thought we did a good job of that.