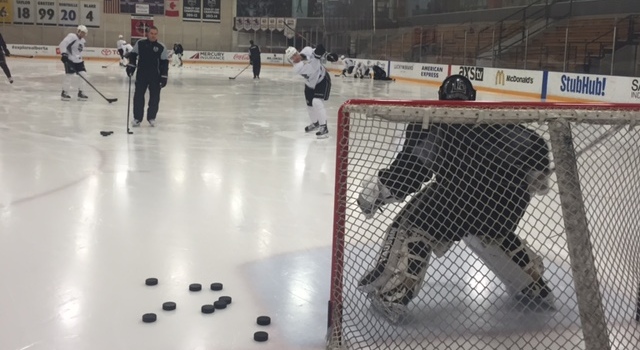 –Line rushes remained unchanged, so it’s expected the team will continue to go with a similar look tonight against Edmonton:

–The only player to not participate was Jordan Nolan (undisclosed ailment) and afterwards Darryl Sutter said it was a treatment day for the forward.

–Jonathan Quick was first off the ice and is expected to make his fifth straight start.

–Both forward Michael Mersch and defenseman Kevin Gravel stayed on the ice for extra work and were on the ice for a full hour. The recent call-ups from the Reign are likely out for tonight.

Quotes coming up from Drew Doughty about his big minutes. Also, Sutter talked about the team’s need to pick up scoring with Marian Gaborik out, and adjusting in general after returning from a long road trip.