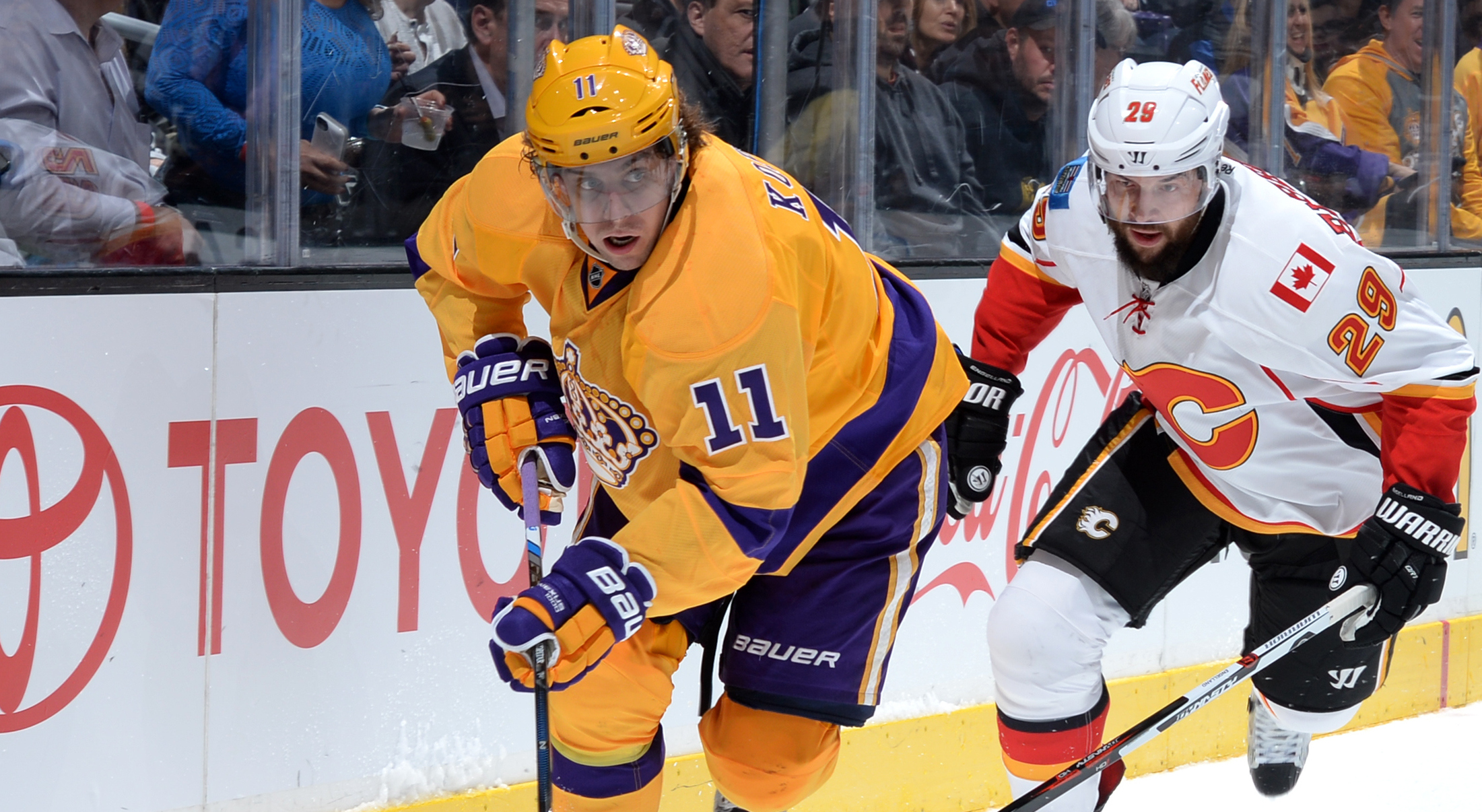 Anze Kopitar, on his overall feelings of the game, if it was a “grind” performance:
We did grind it out, you know maybe we didn’t play our best game, but it’s this time of the year where it really doesn’t matter as long as you get the two points. We certainly realize that there is some room for improvement, we have a pretty nice home stand now so we have to keep on building, building momentum at home and taking care of business.

Kopitar, on scoring in his first game back:
Yeah, that was one of the easiest ones this year for sure, you know I just tried to time it when I saw Drew turn the corner, and you want to be somewhere around the net where the shot is taken, so it worked out pretty nicely for me.

Kopitar, on the Kings’ defensive performance, Quick’s game:
They have obviously a lot of skill on their team and I think games like these you always have to be sharp defensively. You know we did give up a PK goal early but we came back with a couple strong ones later on, so that was obviously huge for us. Yeah Quickie, he’s doing what he’s always done for us, nothing really new on that end.

Luke Schenn, on what he saw developing in play before his goal:
Well I mean the puck just kind kept going up the wall there, I just tried to get it off quick and try to maybe surprise the goalie, and there was traffic in front and it was kind of a lucky shot and it ended up finding a way through, so you take those when they come.

Schenn, on the sharp play of Joni Ortio, playing with the mindset of getting pucks on net:
It seems like a lot of goalies are sharp against us lately actually, we’re throwing lots of pucks at the net and a lot of goalies seem to be getting game stars against us. Obviously you want to keep throwing pucks at the net and getting traffic and all that, and if you have to win those 2-1 games and that’s what it takes, then we’ll try to do that.

Schenn, on Jonathan Quick’s play:
Yeah he was unbelievable, what do you say, he’s at the top of the game for sure. In tight games, he’s going to be your first star, and no exceptions tonight, he was awesome, he made some big saves at big times, and it’s what you come to expect from Quickie now.