Gaborik placed on IR, and how it relates to goaltending 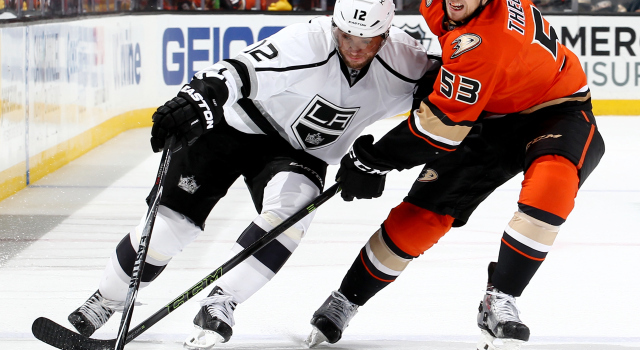 As expected, the Kings made a transaction to place Marian Gaborik (lower-body) on injured reserve Saturday. He has returned to Los Angeles to be evaluated; there is no timetable for his return.

Though there was no corresponding move, and Gaborik’s IR placement would have likely come anyway, it is still somewhat tied to the team’s desire to keep three goaltenders on the active roster as Quick’s status is continued to be handled on a day-by-day basis. Quick, who did not dress in Thursday or Friday’s games against the Islanders and Rangers, practiced with the team in Newark, N.J. on Saturday.

I’m not an expert on the CBA, but the way a Kings source explained it to me is that the goaltender roster exemption lasts 48 hours following an emergency call-up, and after that, a corresponding move must be made. So, for Peter Budaj to remain with the team, the Kings needed to create a roster space for him, and did so while placing Gaborik on IR.

There are exceptions to this – goaltenders have remained up on an emergency basis for longer periods of time – and again, I’m far from being a CBA guru, so I can’t explain the application of this practice in its entirety.

Gaborik, who turns 34 tomorrow, will miss his first game of the season tomorrow after having appeared in 99 consecutive games with the team. He has 12 goals and 22 points in 54 games. Los Angeles faces the New Jersey Devils at the Prudential Center at 12:30 p.m. ET on Sunday.