Gaborik back to LA, no immediate call-up 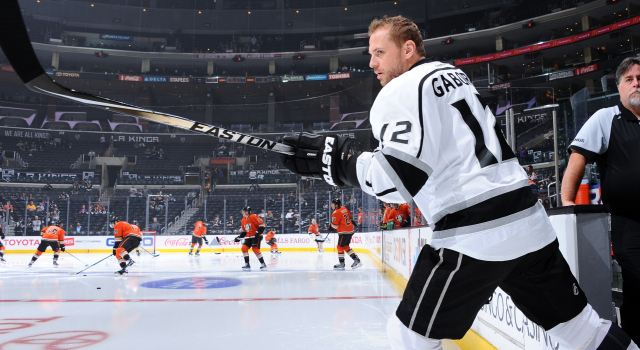 Marian Gaborik, who suffered a lower-body injury in the first period of Friday’s 5-4 overtime win over the New York Rangers, will return to Los Angeles to have his injury evaluated, according to a hockey operations source. Because the Kings have extra forwards in Kyle Clifford and Andy Andreoff, there will be no immediate call-up by the team.

Jonathan Quick is also day-to-day with an injury that kept him from dressing against the New York Islanders and New York Rangers. Because the team has been hit by an injury bug on its seven-game road trip, it is possible that there will be a transaction prior to Sunday’s game in New Jersey to address the roster space in the wake of Gaborik’s injury. Quick remains on the East Coast with the team, which has not expressed any concern that he could be lost for any extended length of time. He continues to be evaluated.

Gaborik, who turns 34 on Sunday, has not missed a game this season and appeared in his 99th consecutive game on Friday. He has 12 goals and 22 points in 54 games. Los Angeles faces the New Jersey Devils at the Prudential Center at 12:30 p.m. ET on Sunday.