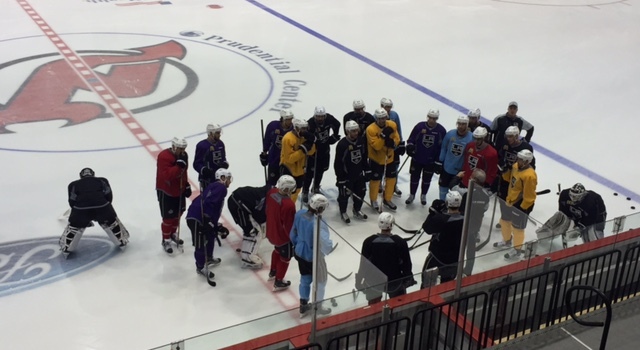 The Kings skated at the Prudential Center practice rink on Saturday – their first session on that ice sheet since the 2012 Stanley Cup Final – and aligned as such:

-Jonathan Quick took part in the full practice and gave encouraging updates to reporters afterwards. Saying he felt “good,” he also offered appreciation towards Peter Budaj’s ability to step in and earn a win for the team. “He made some huge saves there down the stretch and into overtime,” Quick said. “Obviously what he’s been able to do in Ontario, the season he’s having, being an All-Star, he’s playing some good hockey. We needed a win yesterday, and he was able to help us get that.”

Quick looked sharp in practice, and whether he was eased in, it was hard to tell. After facing shots shortly after taking the ice, he manned one of the nets during drills and remained on for the full skate. The team is still assessing where he’s at day-by-day – he said he felt “good” – and there were no firm indications on who tomorrow’s starter (or back-up) will be. All three goalies skated. 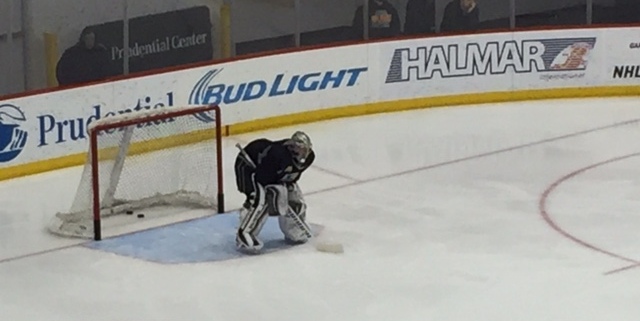 -We also spoke with Budaj today, and I’ll share some of his thoughts during tomorrow’s radio broadcast. On his noted composure, he said, “It comes with age, I think, and with experience, too. I think that the more experience you have, the more understanding of the game you have, and it’s something you grow as a person. You know, your young guys that are more anxious, [and] when you get older, you get more calm, more understanding. Obviously you try very hard to improve yourself, but you know that there’s a certain way. When you’re younger, you try to just go, go , go, go, go without thinking. Now you have to think more and be more composed and just focus on the next puck. When you let in a goal, don’t try to think about the outcome of the game. It doesn’t matter. If you’re leading or you’re losing, that’s irrelevant. What’s relevant is what’s going on on the ice and the next puck.”

-I’ll have a new story up shortly, but as expected, Marian Gaborik has been placed on injured reserve. 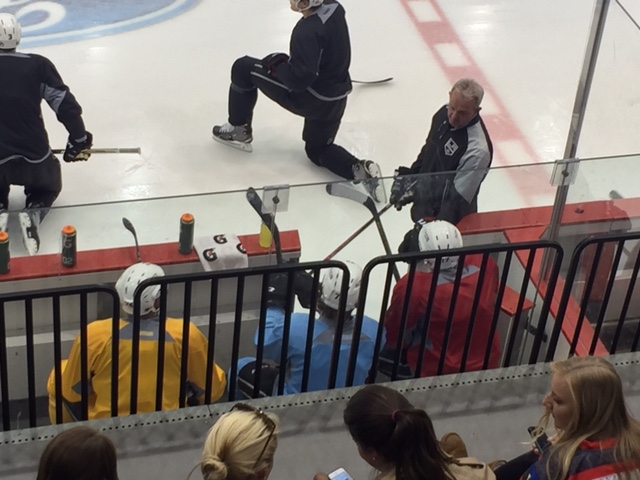 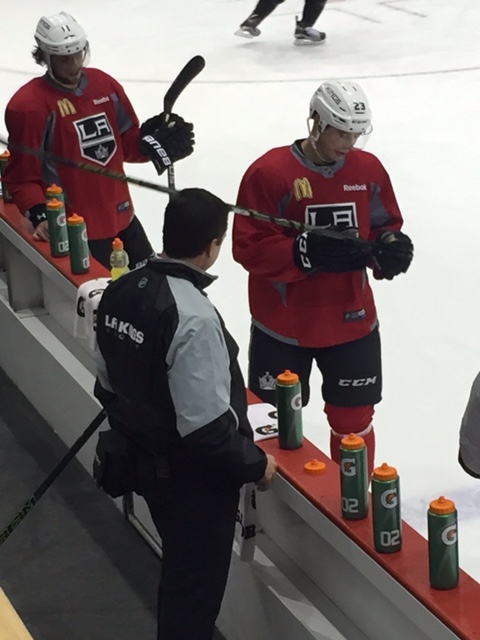