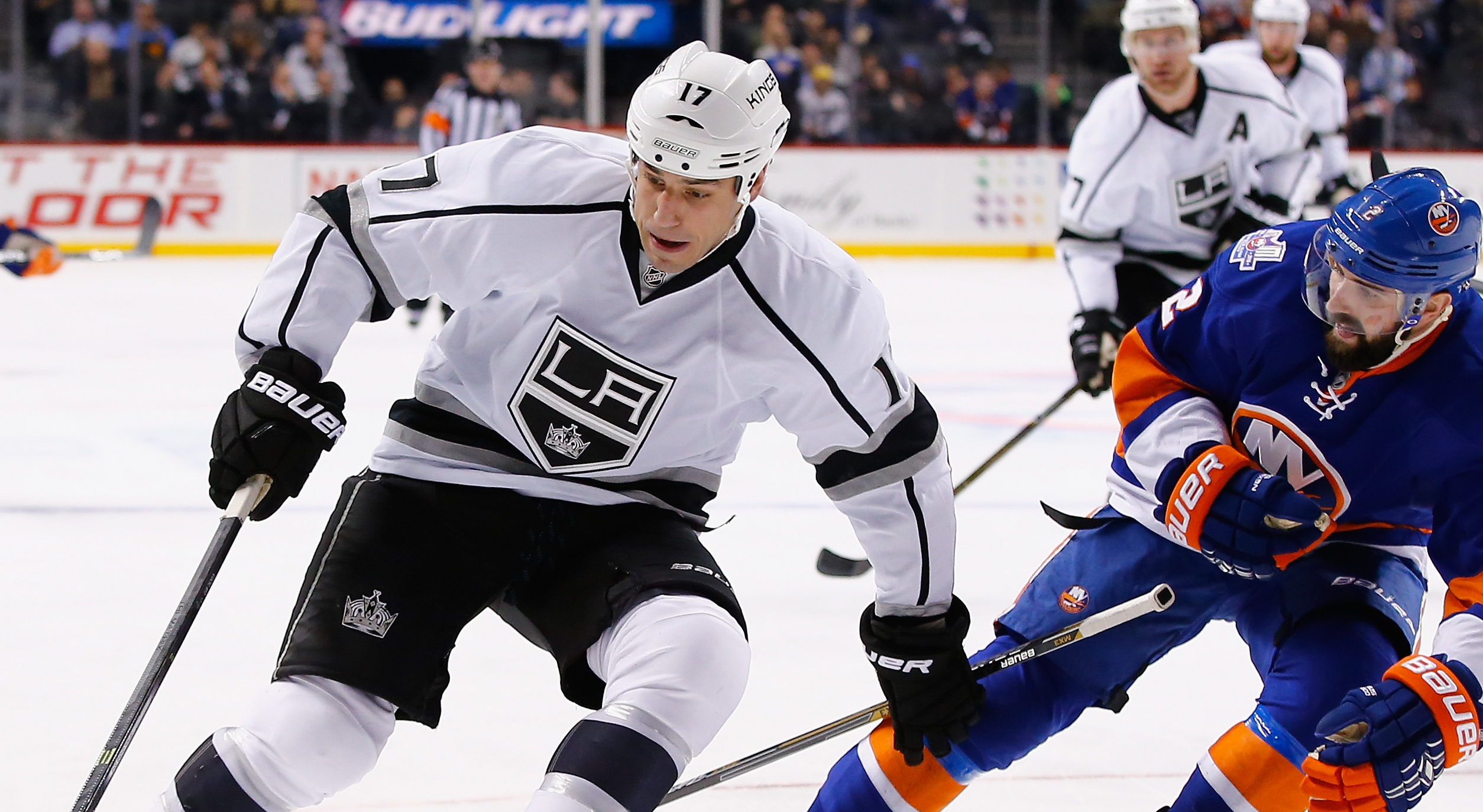 Milan Lucic, on his thoughts about the road trip so far:
We don’t have travel to worry about with playing in New York again, but right now we’re playing too much .500 hockey, and you can’t play one way one game and another way another game, we’ve got to find that consistency in our game night-in night-out. We need to learn from this once again and be ready to play come tomorrow because, you know, it doesn’t get easier as the trip goes along.

Lucic, on what the Islanders were doing defensively to keep the Kings’ offense in check:
Just our execution I think. In the first period we allowed them to get that lead, you know, a turnover by myself in the neutral zone, they come back and score that first goal, a good play by the D to get it up, but in this league you’ve got to make that next play and I wasn’t able to make that next play and turned the puck over and it ended up in our net and it ends up being a poor start, a poor first period for us. Like I just said, you take the second two periods and take away the empty-netter goal, you know, we’re up 2-1, but it just goes to show that we weren’t ready to play tonight and it burned us.

Kevin Gravel, on if he was prepared to be thrown into Thursday night’s lineup:
I think so, I mean you get a little bit of time to think about it on that cross-country flight, that’s not a trip you mind making. But yeah, I think anytime you just get thrown right kind of into it, you don’t have time to really think, trial by fire a little bit, trial by error. It’s good, obviously it’s exciting, you’ve been working your whole life for this and you get the first one, it’s an exciting moment.

Gravel, on what his thoughts were during his first shift:
Yeah, you try to kind of turn that off, you know once the puck drops its time to play, you just tell yourself it’s a hockey game. I’ve played 40 of them this year already, albeit in the American league, but you know, it’s still hockey and that’s kind of what you try to tell yourself and you go through it with that.