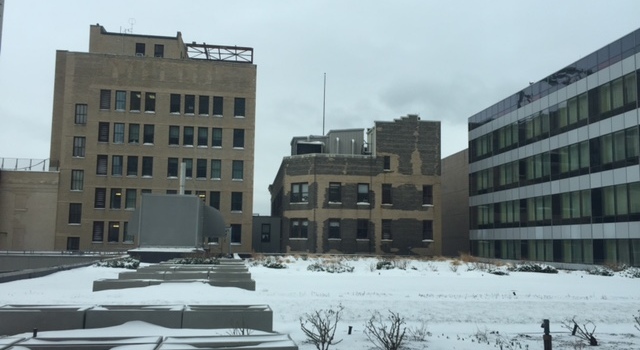 We touched down in the Commonwealth just before 7:00 p.m. Monday, an arrival that was pushed back because of the team’s early morning practice at Toyota Sports Center. There has been snow in the area for the last several days, though this latest winter storm most greatly affected areas southeast of Boston and at the base of Cape Cod. The city received in the neighborhood of four-to-six inches of snow, according to the FOX affiliate’s local weather report last night, which represented the only real significant snowfall we’ve experienced in team travel this season. I haven’t been keeping an official tally, but I still believe that our trip to Winnipeg from March 5-6, 2014, featured the heaviest snowfall during my four-plus years of travel with the team.

So, today is kind of a big day. Milan Lucic returns to Boston for the first time on the same day that the Kings will celebrate their 50th anniversary of being awarded an NHL franchise. Several details of the anniversary celebration can be found here – the Kings will wear their gold and Forum Blue jerseys tonight – while I’ll share several Lucic sentiments from the morning skate. Because I’ll be back on radio this evening, LAKI will feature the general game-day morning skate quotes and what-have-you up until the game preview. Also, after speaking with Rogie Vachon and Luc Robitaille, I finished my LAK-dot-com anniversary story this morning, and I’ll let you know when that’s posted on the main site.

You may have already seen this, but make sure you take a look at Lucic’s letter to Boston, from The Players’ Tribune.

Before we touch base again from the morning skate, here’s a dark and snowy video of our touch down at Logan International Airport. Enjoy your Tuesday, Insiders.