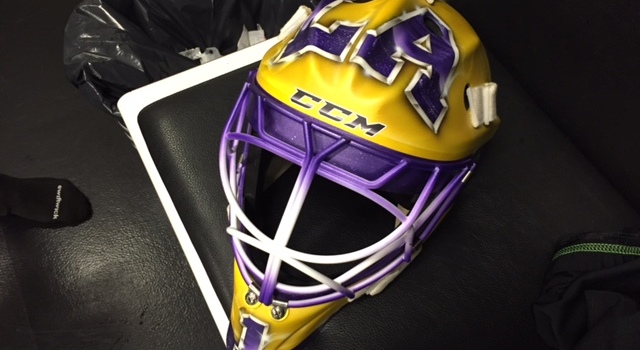 A fine Tuesday afternoon from chilly Boston to you and yours, Insiders.

-If we’re going by line rushes and who remained on the ice for extra work with Jhonas Enroth, tonight’s scratches will be Tanner Pearson, Nick Shore and Jamie McBain. That Pearson could be scratched is not a surprise; he was held out of line rotations on Saturday, and yesterday I published a story that contained a Darryl Sutter evaluation of his game, that while nuanced, did also contain the observation that, “he’s having a hard time keeping up right now.” The forward, who has appeared at both left and right wing this season, has one assist in his last 11 games.

-There will be some royalty on hand for tonight’s game, which comes 50 years to the day that Los Angeles, as well as Pittsburgh, Philadelphia, St. Louis, Minneapolis and Oakland, were awarded NHL franchises. Marcel Dionne was present at today’s morning skate, as was Bob Wall, the club’s original captain. Both will join tonight’s FOX Sports West television broadcast, while I’ll also be joined by Wall during the first intermission on radio. FOX Sports West is also scheduled to reveal the club’s 50th anniversary patch later on this evening. This is the beginning of the semicentennial celebration, which will conclude when the Kings host next year’s All-Star Game.

-My story on the club’s anniversary, 50 Years of Building, is now up at LAKings.com.

-The Kings skated in their Forum Blue and gold equipment tonight and will wear their Legends Night jerseys this evening.

-You may have heard that Milan Lucic used to play for the Boston Bruins; a transcript of his press scrum is now up at LAKI. He’s excited to play tonight.