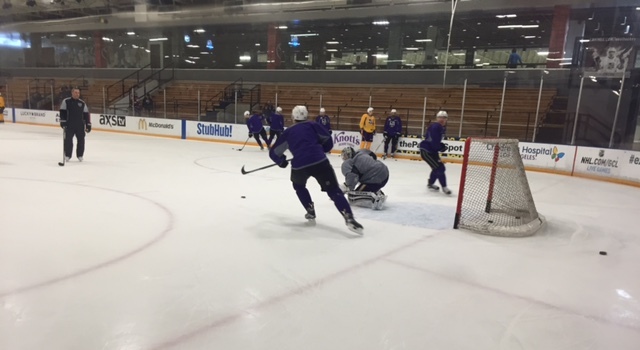 Good morning from the team charter, which is about to begin taxiing in advance of takeoff. There should be some weather in Boston when we arrive this evening.

The Kings took the ice shortly before 8:30 a.m. – the second time they’ve chosen to practice in advance of a cross-country flight this season – and worked on special teams play to conclude the four-day, three-practice stretch of non-game days. Today’s practice featured power play breakouts and transition, and ultimately in-zone work in which the penalty killers held their sticks by the blades in an effort to facilitate puck movement by the attackers. We see this upside-down stick drill several times in practices over the course of a season.

“We obviously weren’t happy with our last game, and the way we’ve been playing the last few weeks, our consistency’s not there,” Jake Muzzin said of the extended practice time over the last four days. “So we went back to basics a little bit, got to work, focused on defending and some execution stuff, and I think it was good. And then we had a day yesterday off and then we got back to work this morning and are ready to go on a long trip.”

Much of the team continued to break in the Forum Blue and gold equipment that they’ll use tomorrow night in Boston.

-Tomorrow night’s game will be Milan Lucic’s first game at TD Garden as a visitor, and he’s excited for a new and unique moment in his career.

“It’s pretty cool,” he said. “Back in the snow, hockey weather, but it’s a gool feeling to be able to go back and finally play against a team that I played for for the last eight years, and I’m looking forward to what it’s going to be like.”

I’ll have more from Lucic after tomorrow’s morning skate. Before then, I’ll also have a story on Tanner Pearson and a look back at how addressing a goalie’s detail during a break in the schedule differs from addressing skaters’ detail. I’ll also be working on a 50th anniversary story that will go live on LAKings.com tomorrow, and, should time permit, a recap of Tip-A-King. Enjoy your Monday, Insiders. 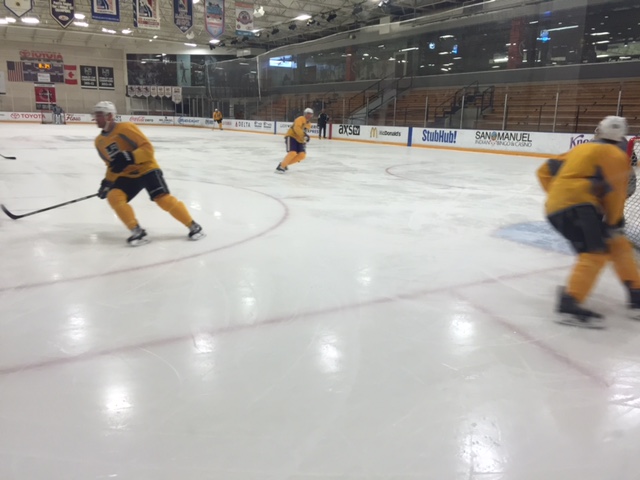