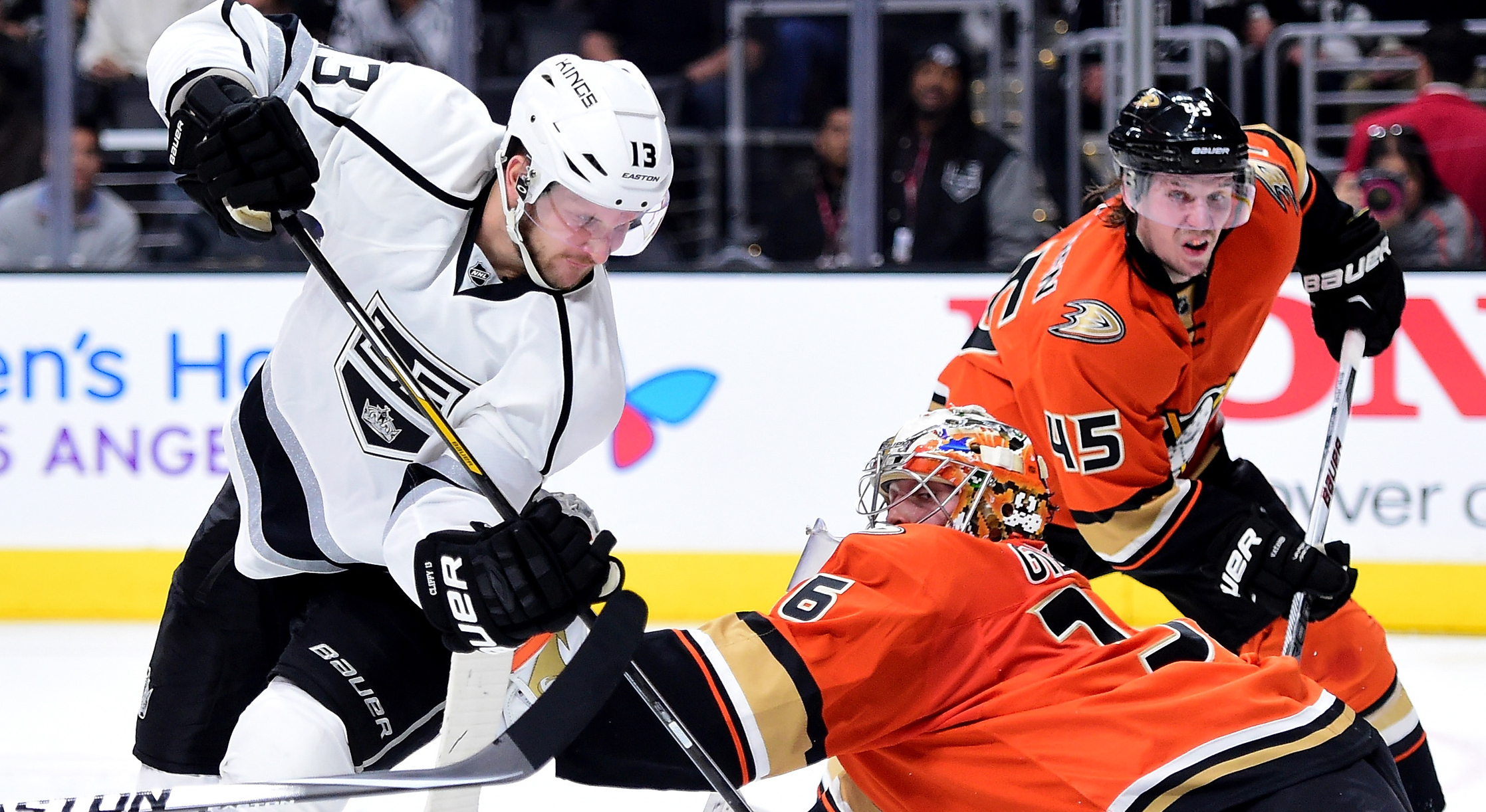 Tyler Toffoli, on the team not generating the start it wanted:
No, the whole game wasn’t the way that we wanted it, and I’m pretty sure it showed, and everybody in the arena watching saw that.

Toffoli, on what he attributes to the Kings’ performance:
We just didn’t play the way we wanted to play, we were turning pucks over, we were down 2-0 ten minutes into the game, it’s tough to come back.

Toffoli, on what happened to the team during the second period:
We scored the power play goal, we just couldn’t find a way to get some more offense, more momentum going, they pretty much just went down and scored. We’ve got to be better, we’ve got to be better defensively, we’ve got a big road trip coming up.

Toffoli, on if the loss is tough preceding the teams’ longest road trip of the season:
Yeah, it’s obviously not the way we drew it up, we know we have a big trip coming and we have to be ready for that, we’ve got to realize that it’s a huge trip and that it will make things easier for us throughout the rest of the season if we have a really good trip here.

Kyle Clifford, on if it’s hard to bounce back after being down two goals:
Yeah, it’s the NHL, you can’t be going down two goals in the first period, you’ve got to come out and have a better start to the game.

Clifford, on what led to the team’s turnovers in the first period:
To win in this league you can’t be turning the puck over, and we have to do a better job of, you know, just cleaning up.

Clifford, on how he felt in his first game back:
It’s not the result you wanted, you want to come back on better terms.

Clifford, on if tonight was representative of what Anaheim usually brings:
Yeah, you know I think they came out ready to play and we didn’t, we had a couple bad turnovers that led to goals, and you can’t be doing that in this league.