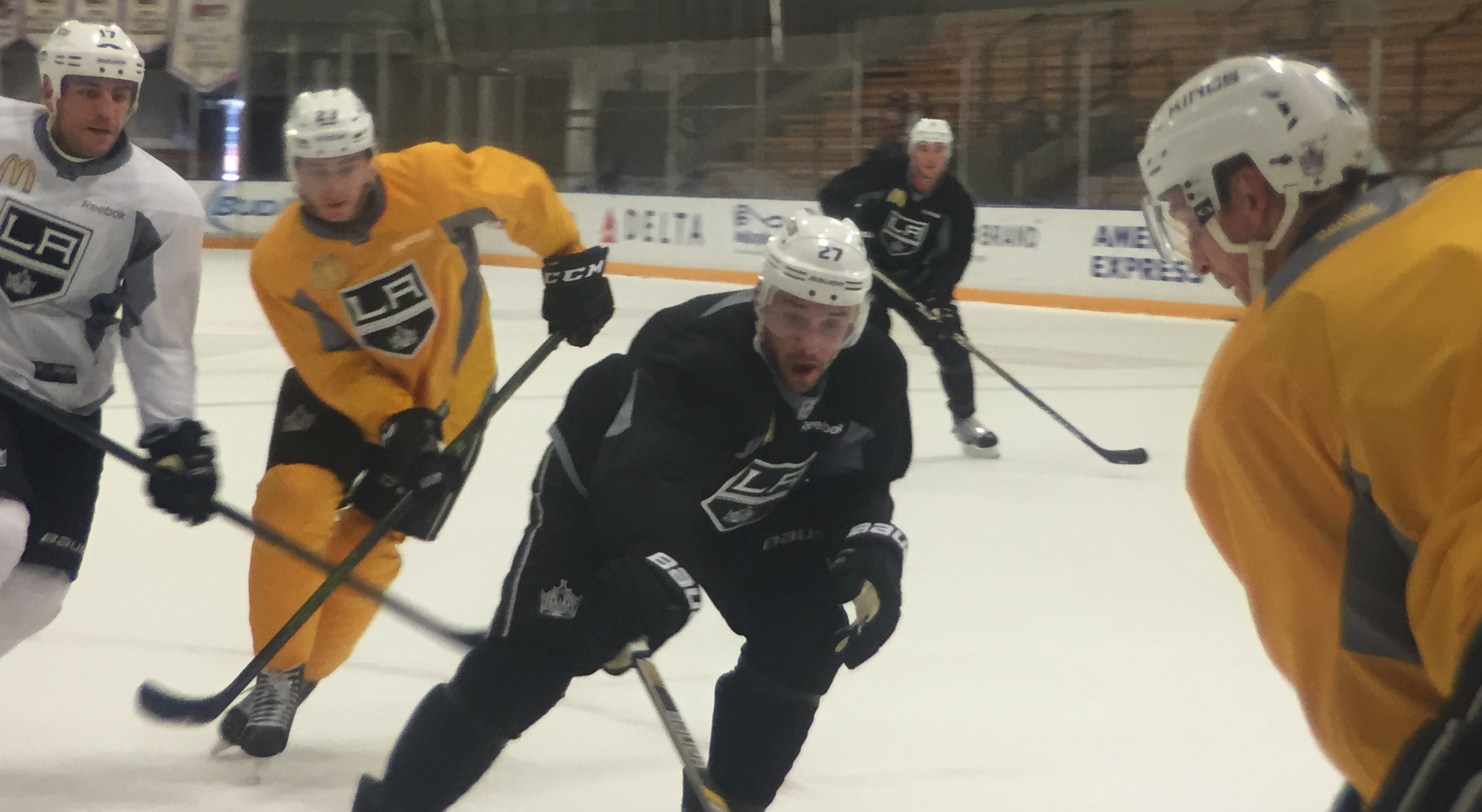 Alec Martinez, on if there’s anything specific he’s liked about the first half of the season:
I guess in terms of what I like, I think we did a good job of bouncing back from our start that we had, obviously the 0-3 start wasn’t what we wanted. There’s ups and downs in a season and I think one thing that we’ve got to work on is playing a full 60 minutes. In the past, before the break, the past couple, two-three weeks before that we had leads in games and we didn’t shut teams out. If you want to play in the playoffs, and if you want to be successful in the playoffs, you have to know how to do that, so I think that’s definitely something that we can work on.

Martinez, on what he thinks the team did to bounce back after the early 0-3 start:
I think it’s a lot of things, I think we had some new guys in the room too, and that took some time to develop some chemistry; I think our attitude was a lot better, and maybe that’s something that I feel that’s different than even it was last year, we came into this year with a chip on our shoulder. I guess that’s a thing that I’ve liked for the most part this season, is our attitude.

Martinez, on what overall changes need to be made moving forward this season:
I just said it, you’ve got to close out teams when you get leads in hockey games, you’ve got to keep playing the way that you’ve been playing to give you that lead, and we’ve let our foot off the gas pedal and a lot of teams get back in the game.

Martinez, on what the team has learned in their four previous match-ups against Arizona:
Well you know, obviously they’ve got a lot of firepower up front, they have a lot of youth that brings them a lot of energy, and obviously a good back end and good goaltending. I think penalties have gotten ourselves into trouble, not just with them, but all year, so we need to do a little better of a job of staying out of the box; they obviously have a really good power play, that’s hurt us, so that’s one of the things that we have to do going into tomorrow.

Martinez, on his impressions of the All-Star Game, new format:
Yeah I watched it, I liked it, I thought it was cool, I think the league really wanted, needed a change from years’ past. Obviously it’s a great story with John Scott there, but I think it was exciting, it was pretty good for the fans, and I haven’t talked to Quickie and Dewy yet at length about it, but it looked like they had a lot of fun too.

Pearson, on his impressions of Arizona so far this season:
You know, obviously their power play has done a number on us these few games, so I think the more that we stay out of the box and limit their chances, the better off we’re going to be.

Pearson, on the All-Star Game:
I only watched about one period of it; I thought It was a good environment and a good way to do it, and obviously created something good there for the future, and it’s going to be fun here next year for sure.