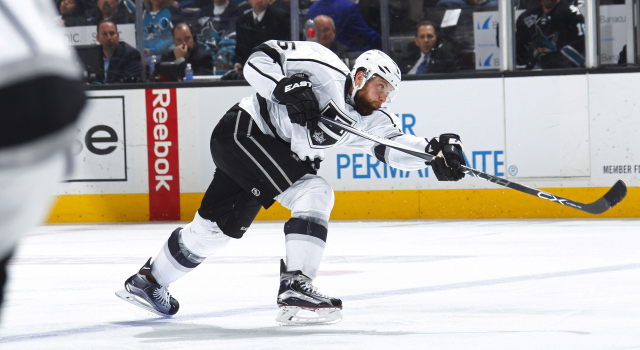 Jake Muzzin, on whether there are distractions in the final game before a break:
I mean, it probably is a factor as much as we all want to say ‘no, it’s not’, but it could creep into your mind. It’s about being a good professional and going and going out and doing your job. You have one more day here before the break and you have to go out and play hard, and there’s still two points at the end of the day and we need those two points. So yeah, maybe it creeped into some teams, I’m hoping tonight we go out and we play hard and we get the two points and then we can enjoy our break a little bit more.

Muzzin, on the challenges presented by Colorado’s forwards:
Well, they’re good on the rush. I think they’re as good as any team on the rush and they have a lot of firepower – Duchesne, Landeskog, McKinnon, Iginla, Tanguay are all skilled guys on the rush. [They have] good shots, so we have to control the puck in the neutral zone the right way and it will lead to our o-zone time and playing in their zone.

Muzzin, on his ability to get shots through this season:
You know, sometimes if you find yourself in a funk where you can’t get it through, then you try to do too much, and like I said with the power play, sometimes simple is best, just shoot it, get it to the net and let the forwards get a stick on it, get the rebound, screen, what have you. Just being able to deal with that mentally, knowing that when you’re maybe not getting it through as much, just to settle it down a bit, just shoot the puck as opposed to pull it or push it or look for another play, stuff like that.

Muzzin, on recording 12 shot attempts on Sunday:
I think guys know I’m going to shoot the puck and it’s important for me to short the puck. It creates chances and mayhem at the net and leads to o-zone time and stuff like that, and especially getting it through the first layer, it may not always get through to the net, but you know, you’ve seen lots of times where it’ll hit that guy in front of the net, drop down, and we get o-zone time from that as well, or a scoring chance right away. I have to continue getting pucks to the net, shooting, and it helps our team.