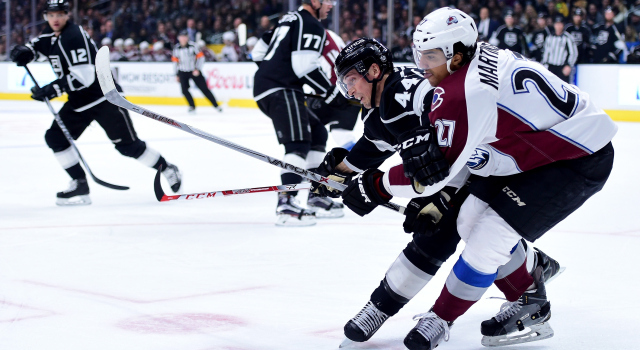 On his assessment of the third period:
Got in some penalty trouble, probably got some guys that played a little bit too much, overextending. Two of their goals were power play goals. MacKinnon. Captain. Duchene. Pretty dominant players, those three guys. They’re a high-scoring team. That’s what happens.

On the news about Bob Miller:
He’ll be fine. Tough old bugger. All that hollering he’s done over the years, a little bit of damage there but he’ll be fine. Deserves a little time off. He was probably doing play-by-play from the couch tonight. And loud.

On the Kings’ effort in last game before the All-Star break:
It was a good effort. They scored one more goal.

On Quick’s performance:
We outshot them 40-20, should win.

On Lecavalier’s play to set up Lewis goal:
He makes a lot of those plays from that side of the ice, moving his feet, as I’ve said before.