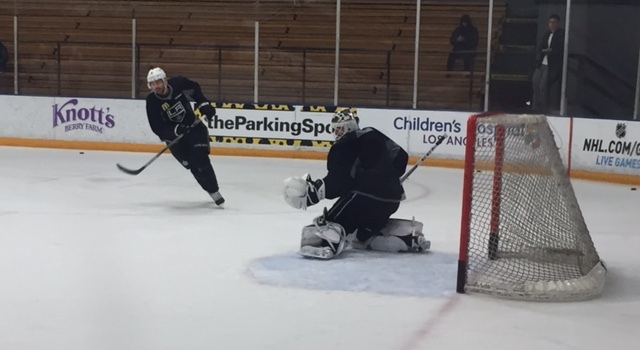 A stick tap to Alex Kinkopf’s soft eyes: Clifford, who is expected to return shortly after the All-Star Break, was wearing a visor. After returning to the room following some extra on-ice conditioning, he said that other than a few practices, he hasn’t used a visor since junior hockey. He’s still deciding whether the visor will remain attached to his helmet when he returns to game action.

Because Semyon Varlamov did not travel with Colorado as he remains in Denver to be present at his civil trial, Calvin Pickard, who was selected in the second round when Los Angeles hosted the 2010 NHL Draft at Staples Center, is expected to draw the start for the second straight night. Battling illness, the former Seattle Thunderbird standout stopped 16 of 20 shots in a 6-1 loss in San Jose last night, though this Denver Post article also credited “tough bounces and soft play in front of him” as influences in the lopsided loss. Pickard was among the top goaltending prospects coming out of junior hockey earlier this decade. Roman Will, who made his NHL debut in the third period last night, will continue to back Pickard up.

Darryl Sutter quotes will follow, as will a story featuring some reflections on the power play and Jake Muzzin’s game. Thank you for reading, Insiders. 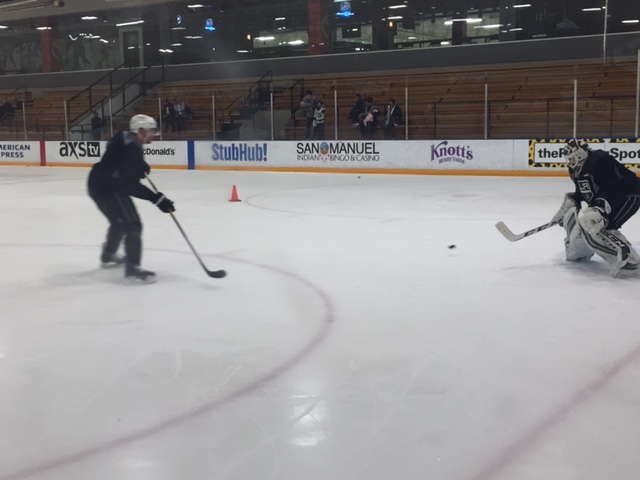