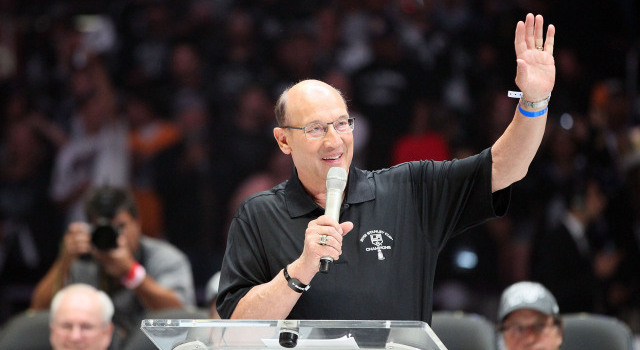 Miller is slated to undergo heart bypass surgery. The date of the surgery has not yet been determined. The timeline for Miller’s return to the TV booth also is undetermined.

“It is unfortunate that I have to miss Kings telecasts but I have to get this taken care of as soon as possible,” said Miller. “I know the telecasts will be in good hands and I hope to return to the TV booth as soon as my health allows.”

Said Kings President, Business Operations Luc Robitaille: “Like all Kings fans we wish Bob a safe and speedy recovery. We look forward to hearing his familiar voice on our broadcasts again real soon but it is important that Bob take his time to recover as his health is the top priority.”

In addition, in conjunction with FOX Sports West and KABC Radio, the Kings have announced that Nick Nickson, the Hall of Fame radio “Voice of the Kings,” will temporarily replace Miller on Kings telecasts, calling Kings games with TV Analyst Jim Fox in Miller’s absence beginning with the next Kings game on FOX Sports West (February 2 in Arizona). On the radio side, Jon Rosen will call the play-by-play with Radio Analyst Daryl Evans on KABC 790 AM. Nickson will continue to host “Kings Talk” with Evans after Kings home games.

Tonight’s Kings-Colorado game at STAPLES Center will air on NBCSN and on KABC 790. The game begins at 7:30 p.m. and is the club’s final contest before the NHL All-Star break.