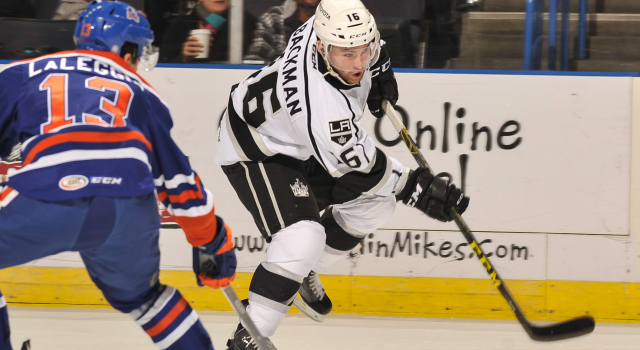 Reign forward Sean Backman has been added to Pacific Division roster for the AHL All-Star Classic this coming Sunday and Monday in Syracuse, N.Y.

“It’s a great honor for him, and the organization,” Stothers said of Backman via text on Wednesday. “Well deserved as he is having a great season and one of the many good leaders we have on the team. The 4-on-4, 3-on-3 format is a perfect format to showcase his skills and skating ability.”

The 29-year-old right wing is tied for the Reign scoring lead with 31 points (10 goals, 21 assists) with center Nic Dowd. Backman, a native of Cos Cob, Conn., leads the Reign with five game-winning goals and has goals in his last three games.

Prime Ticket will televise the event locally (check here if you are out of Southern California) with the Skills Competition airing on Sunday at 5 p.m. PT and the All-Star Challenge airing on Monday at 4 p.m. PT.