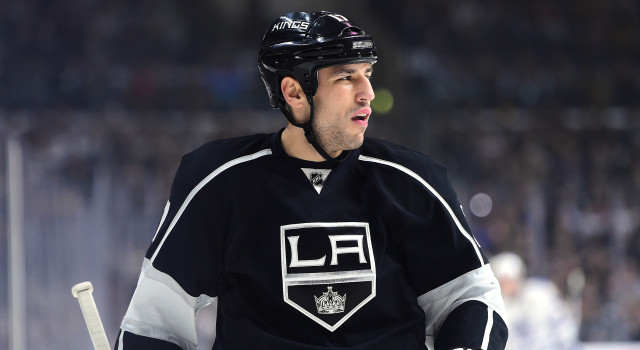 Per the Department of Player Safety, Milan Lucic has been suspended one game for delivering a “punch to the head of an unsuspecting opponent.”

This is the third one-game suspension of Lucic’s career, and as noted this morning, the gloved blow to Kevin Connauton’s head shares several characteristics with Jordan Nolan’s punch to the head of “an unsuspecting [Jesse] Joensuu with significant force,” as described by the Department of Player Safety two seasons ago following an altercation in a Kings-Oilers game.

Though the play from last night is worthy of a one-game suspension, Lucic has by and large avoided controversial situations during his Kings tenure. Before the verdict was shared with the team, Darryl Sutter depicted the way he has gelled with his teammates.

“He’s a good, power player,” Sutter said. “I think he has a lot of respect in his peer group with the players, and it’s why he’s a really good player. It’s why he’s one of our best players. He walks in the room and commands attention because he cares about the game and he cares about the team. That’s all that matters. You want players like that.”

Lucic and the Kings had the opportunity to present their case to the league shortly after 12:00 p.m. PT. The verdict was shared with the team shortly before 2:00 p.m.

According to hockey operations, there were no plans at the time for the Kings to call up Michael Mersch from AHL-Ontario. Mersch had played a Friday-Saturday home-and-home set against the AHL’s San Jose Barracuda.

As noted in the NHL’s press release, Lucic will forfeit $32,258.06 under the terms of the CBA. He will miss tonight’s game at the SAP Center against the San Jose Sharks.