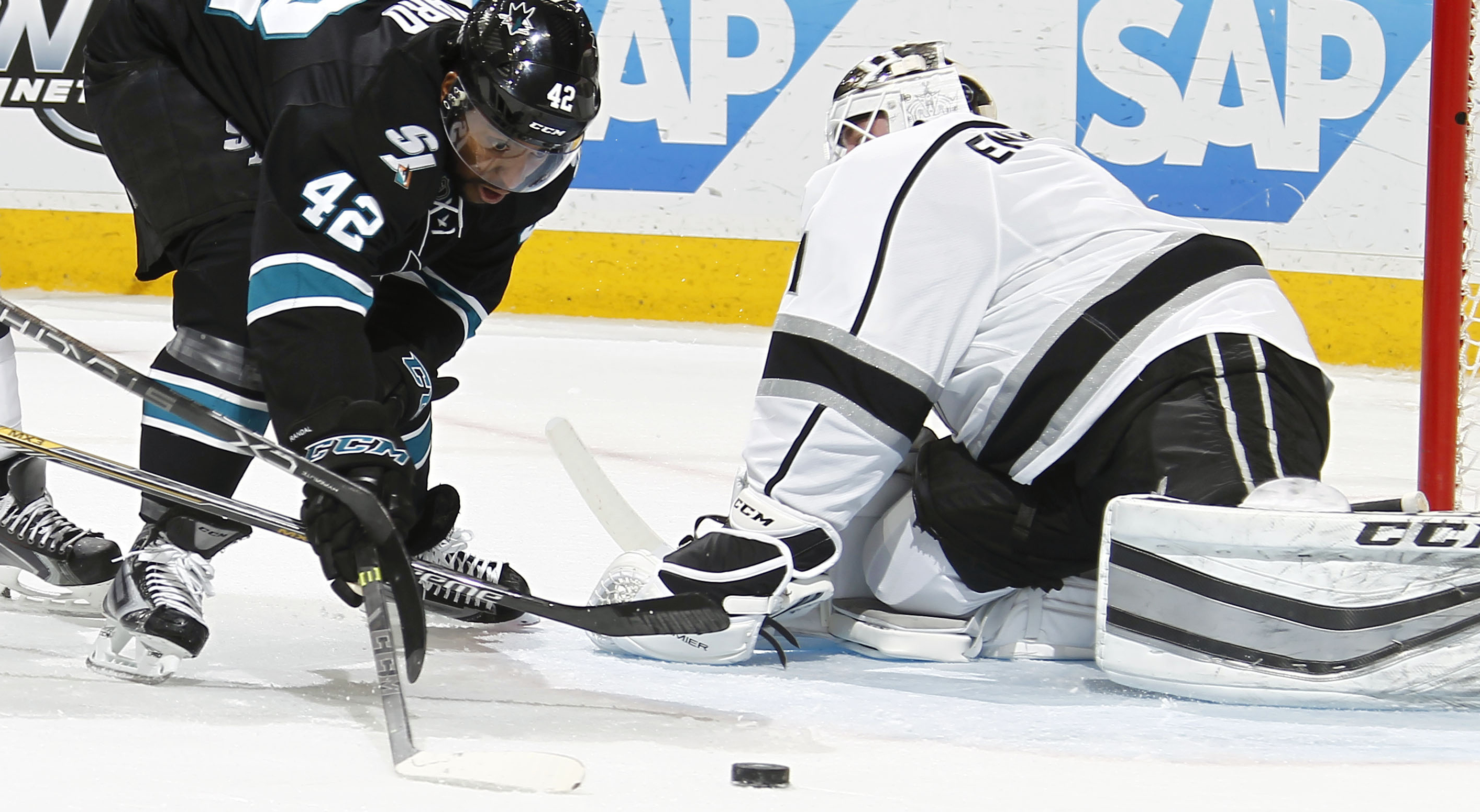 Jhonas Enroth, on what he saw in the team’s performance:
They really pulled it togethe. I think for me, I felt a little bit shaky the first couple 30 minutes there, I felt a little shaky. I think the team played pretty well in front of me, they cleaned up after a couple of bad rebounds I gave up and stuff like that, and then obviously the last couple minutes there when we scored, and the overtime was really nice. It feels good for me.

Enroth, on his career success against San Jose:
Well, first of all, I think it’s a team sport. I never really like looking at that stat as a goalie, it’s really a team sport and it just happens that I’ve been victorious here in this building the last couple of games here, because every game is different, and it’s never really anything I think about before I play here. It’s just another game.

Enroth, on whether there were challenges with only one game in over a month:
Yeah definitely, like I said, I was a little bit nervous the first 30 minutes, after that I felt pretty solid. It’s tough when you don’t play as much as you want to. You feel a little bit rusty, but like I said, I think the team played really well in front of me, especially the first period was only five shots or whatever, so pretty good team effort I think.

Enroth, on whether three-on-three overtime affects his positioning and reads:
A little bit. You’re trying to stay back a little bit because it’s so much ice out there. I don’t know if you remember, they had a three against one and I was pretty much on the goal-line, and I was pretty lucky that they missed the net there, but that’s the way I like to play it, at least. I haven’t really figured out how to play three-on-three yet, but I’m working on it.