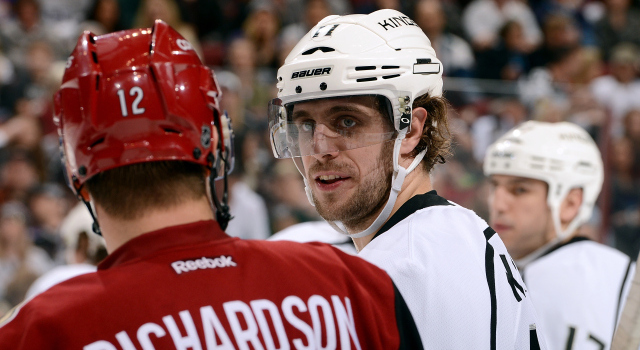 On the loss:
I thought we got better as the game went on. Couldn’t score, and made a mistake to start the third. Three-two.

On whether the team improved its game in the second period:
I thought we got better as the game went on. Just thought we were moving better.

On whether he liked Dustin Brown and Marian Gaborik’s games:
It was good to see Brownie score, and we got a goal from the Shore line and the Carter line, which was something we haven’t had lately. Big lines – Kopi, their line wasn’t as sharp tonight. Probably the difference in the game.