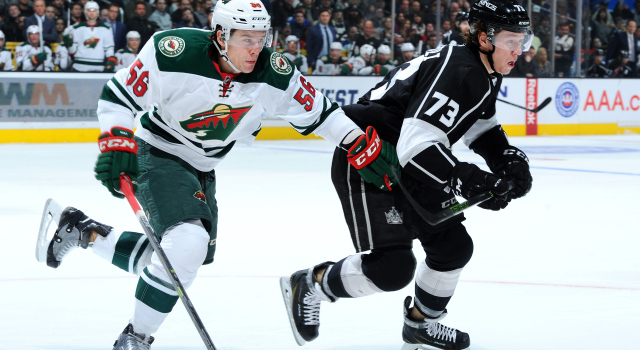 On the loss:
Chased the lead, chased the game. If we score the first goal, it might be the difference. Close teams check. The way it goes.

On whether he received an explanation after the coaches challenge:
We get the same reason you got. It was onside.

On Jarret Stoll’s standing ovation:
Awesome. Well deserved. [Reporter: Did you just go over and chat with him? Or did you see him before the game?] No, I wouldn’t visit before the game. Good to see him.

On whether the team was tired after playing four games in six nights:
No, no excuses. As I said, we had lots of opportunities in the first period to go up one or two. We had two or three empty nets. We made really good plays and then didn’t shoot it. Close game. Teams are close in terms of how they play and getting the lead, playing with the lead.

On whether the one power play was due to being unable to sustain an attack:
No, if you look at Minnesota, I think they’ve got the lowest in the league, actually, and probably over the last 20 games they were one or two only against. We talked about that before the game, too.

On mixing up lines and using Jeff Carter as a center again:
I didn’t like that line very much tonight. Carts was kind of having to carry the load with those three tonight.